Member of the Fatal FIve

Defeat the Justice League and the Legion of Superheroes.

Aid the Fatal Five in their quest of domination

Mano is a villain from the DC comics. He is second-in-command of the Fatal Five.

Mano is a mutant, born with the power to disintegrate anything that he touches with his right hand, with his "antimatter touch". Hating his people for mistreating him, Mano decided to destroy them all by touching the ground, and, "straining his power to the utmost", he obliterated his planet, causing it to explode. Considered one of the worst murderers in the Galaxy, Mano was recruited by the Legion themselves to help them defeat the Sun-Eater, after which he continued his criminal career, mainly as a member of the Fatal Five.

His planet's atmosphere is hostile to most living things, and he must wear an environment suit to breath the air on foreign worlds. The dome on his head blocks out his face, so his face is only seen as a silhouette.

Mano has to continue wearing his spacesuit because he can't breathe the atmosphere of most other planets. The suit's helmet obscures his face so that it can only be seen as a silhouette.

Mano appeared in Justice League: Unlimited as a member of the Fatal Five. He battled Green Arrow, and what remained of the Legion of Super-Heroes. During the battle, Mano burned a hole in the floor with his anti-matter touch and fell in defeating him.

Mano appeared in the Legion of Super-Heroes series and was again featured as a member of the Five. In the series his face seemed to channel his disintegration power. An outcast from birth due his appearance, Mano grew resentful and his repressed anger manifested as psychopathic urges and began murdering people until finally destroying his homeplanet Angtu with his Anti-Matter Touch. He started his career as an assassin for hire before joining the Fatal Five. Mano aided the Legion of Super Heroes against the Sun-Eater in exchange for his freedom using his hand to seal the Eater's power with a special restraint.

Mano appeared in the 2019 movie Justice League vs. the Fatal Five as second-in-command of the Fatal Five and as the secondary antagonist. Mano seemed to be the Emerald Empress' lover. Mano, with Tharok and the Persuader attacked the Legion headquarters in order to steal their time traveling device. Star Boy managed to stow away when the three escaped through time and while it descended to Earth, Star Boy activated a fail-safe inside the device freezing Mano, Persuader and Tharok for months. The Justice League managed to unlock the sphere freeing the occupants and Superman with Mister Terrific battled Mano, Tharok and Persuader before escaping. The three later attacked a town to draw out Jessica Cruz in order to capture her but were thwarted when Star Boy and the Justice League arrived and Mano battled Martian Girl before escaping. 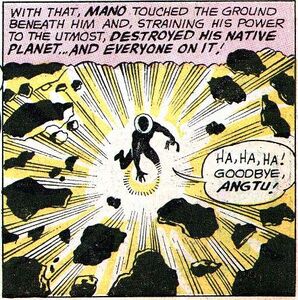 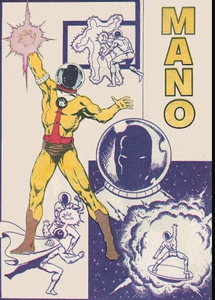 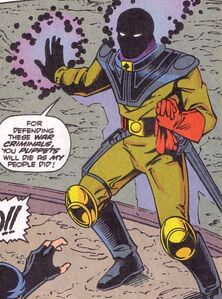 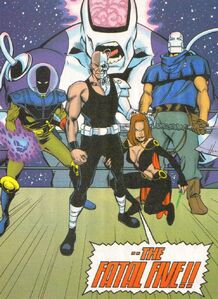 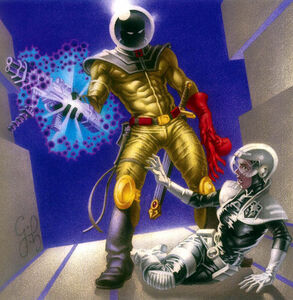 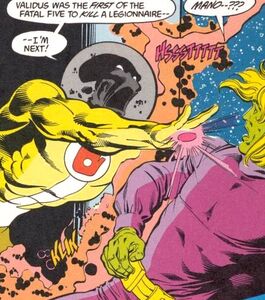 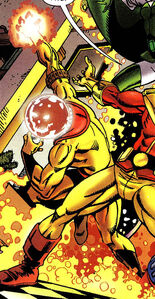 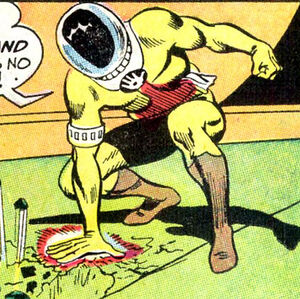 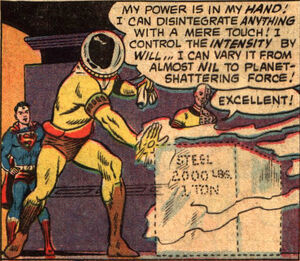 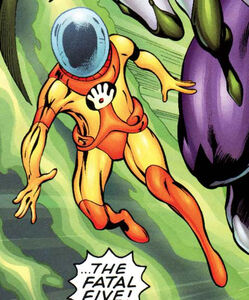