Manta Bayarsh is a Manta Ray-themed Gangler Monster and is the main antagonist in episode 16 of 2018 TV series called Kaitou Sentai Lupinranger VS Keisatsu Sentai Patranger. Also he is equipped with a ball-like treasure called Belles balles de feu.

Manta Bayarsh made his first appearance where he caused some mayhem at a wedding of the newly wed couple only to stopped by the arrival of the Lupinrangers. After the intro he demonstrated his ability by swapping the minds of Umika Hayami with a dove. After that Lupin Blue doubt that was fake Manta demonstrates again by swapping the minds back to their original body, but that one was a trick so instead he was about to swapped the minds of Tooma and a dove, but the bird flew out of the way, so instead his mind was swapped with Tooma instead. Also due to the arrival of the police they fired on Tooma who now has Manta Bayarsh's body instead because Manta Bayarsh's mind is now inside Tooma's body, so when the police are dealing some damage to Manta's body he'd made a get away in Tooma's body.

A while later within Tooma's body Manta has become very popular with the ladies, but as for Tooma not so much since he has a Gangler's body he has to be hidden from the police and its quite difficult to go through doors into buildings. However since Manta's power and mind was within Tooma's body they have to get him and bring him back to Bistro in order to reversed the process, but on the bright side at least Umika managed to access into the safe (which his password is 5-2-7) and grabbed Belles balles de feu (which translate as "Great Balls of Fireball") ball.

A while later he was called out to a duel with Kairi at the construction site and if he wins well he'd gets the ball back from what they stole, so once they transformed they began to fight each other. After that he managed to swapped their minds back into their original bodies in a last ditch effort. He was about to fire some electricity at thieves but Lupin Blue used the shield to prevent that and Manta Bayarsh was taken out.

However thanks to Goche Ru Medou he was then enlarged and battle Lupin Kaiser. However as he was about to swapped the mind of a robot with a building he was prevented to do that and now he he's facing with Cyclone Knight, but he was then destroyed by this finisher called GoodStriker Shooting-Out Flash. 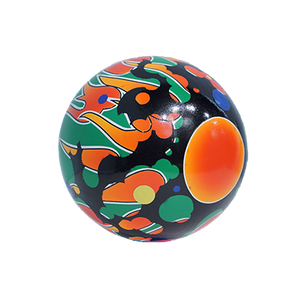