Villains Wiki
Register
Don't have an account?
Sign In
Advertisement
in: Mythology Villains, Villains of Folklore, Hostile Species,
and 18 more

Manticores are legendary creatures from Persian mythology. They also include the likes of Mantygers, which were the European equivalent of such creatures.

Manticores originate from Persian mythology, with its name roughly translating to "man-eater". Manticores were describes as having the body of a lion, the head of an elderly human, porcupine-like venomous quills, and a scorpion tail with venomous stinger. These creatures hunted humans and would attack with its claws, tail, or projectile quills. They would devour humans whole with three sets of teeth, leaving no bones or remains behind. Manticores were described as animals in Pliney the Elder's Naturalis Historia, and would go on to become a Mannerist symbol of the crime/sin of fraud (along with the Chimera). During its rise to popularity in Eastern cultures, it was often misinterpreted and even confused for similar creatures such as the Sphinx, Satyral, Chimera, and Lampago.

In Dante's Inferno, the character of Geryon was described as a manticore.

Mantygers were similar creatures (perhaps inspired by the Manticores) originating from medieval European legend. These creatures would hunt humans in a similar fashion, but appeared with the body of a tiger, the mane of a lion, the face of an elderly human, the tusks of a boar, the horns of an ox, and the feet of a monkey. 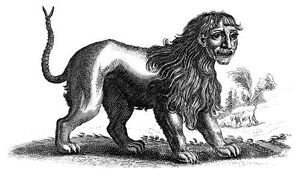 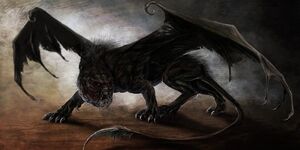 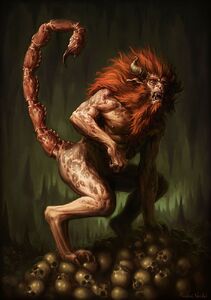 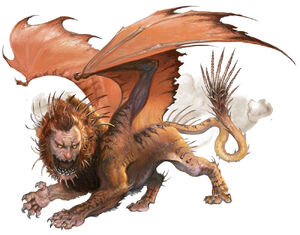 A manticore as it appears in Dungeons and Dragons. 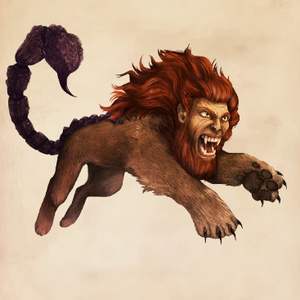 A manticore in the Harry Potter universe. 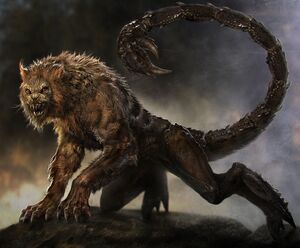 A manticore in the Percy Jackson franchise. 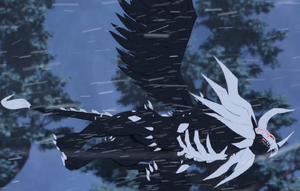 A manticore Grimm from RWBY. 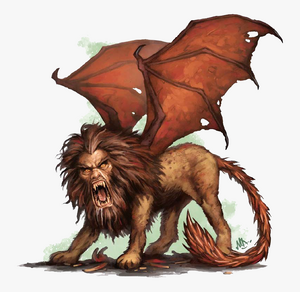 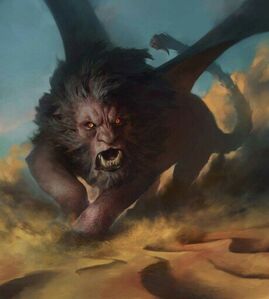 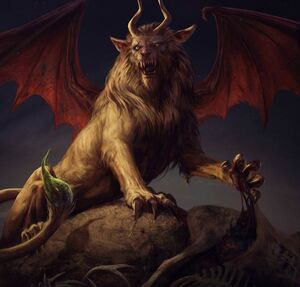 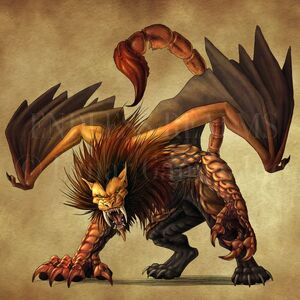 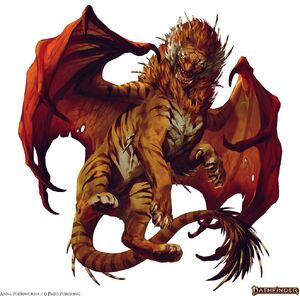 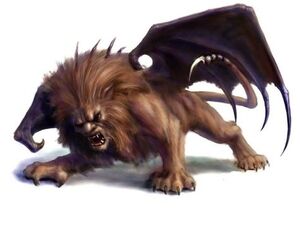 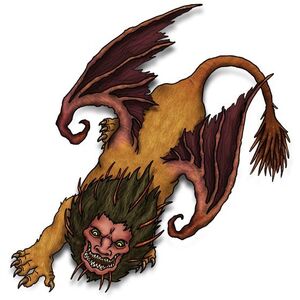 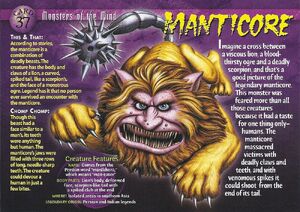 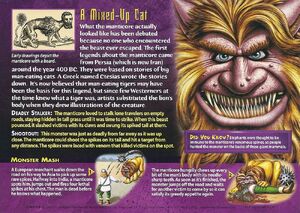