Mantyz is one of the main antagonistic factions of the FreeFonix TV series. Mantyz is a Freewave band whose members act as the the antagonists of the series, being the biggest rivals to the band, Freefonix who they regularly engage in sonic battles.

They are a group of talented independent rock musicians who were literally purchased by Mya, who promised them a great career if they left the Freewave scene to work at ComaCo. In reality Mya just uses the band for their ability to play the 13th note. She has corrupted them and makes them perform all sorts of menial tasks, which they do in the hopes that they will get gigs or popularity. Which of course they never do.

They have a range of their own songs they've sung and also cover versions of a few others.

They live in an apartment. 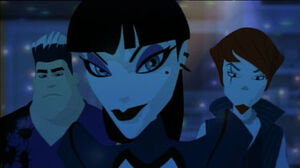 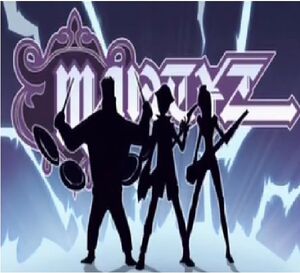 Add a photo to this gallery
Retrieved from "https://villains.fandom.com/wiki/Mantyz?oldid=3880333"
Community content is available under CC-BY-SA unless otherwise noted.