Villains Wiki
Register
Don't have an account?
Sign In
Advertisement
in: Male, The Lion King Villains, Cartoon Villains,
and 28 more

Mapigano is the main antagonist of The Lion Guard episode "The Trouble With Galagos".

He was voiced by Jorge Diaz.

Mapigano is a large bulky leopard from an area of Africa called The Back Lands. He goes to Mirihi Forest where he intimidates and steals the territory of a smaller leopard named Badili, forcing him to flee to the Pride Lands where he takes residence in a tree which is home to galagos.

When the Lion Guard arrive and tell Badili that he has to return home, he does so but rushes ahead of them and is confronted by Mapigano who demands him to leave as it not his territory anymore. However, the Lion Guard have caught up with Badili, so they force Mapigano to leave.

At first, Mapigano is unfazed by Badili's attempts of bravery and tries to attack him. However, Badili roars at Mapigano to get out of his territory, causing the mean leopard to finally submit to him and flee Mirihi Forest for good. 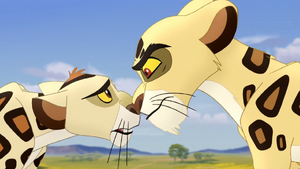 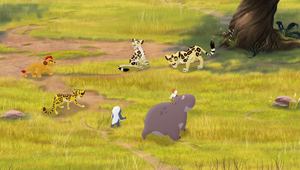 Mapigano confronted by the Lion Guard 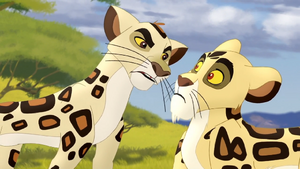 Badili stands up to Mapigano 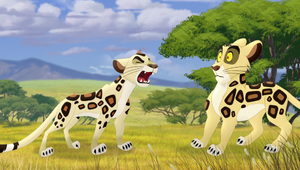 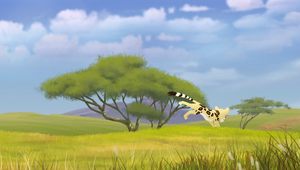 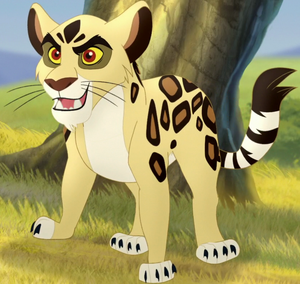