Member of the Place of No Stars

Training living cats in their dreams.

Mapleshade is one of the two secondary antagonists (alongside Brokenstar) in Erin Hunter's Warriors book series.

Mapleshade was a female she-cat born in ThunderClan, one of the five warrior Clans, during the time that Oakstar was leader. Nothing is known about her kithood, but it's said she was a bold, loyal and skillful warrior, known for her courage in facing enemies such as foxes, badgers and other cats. It was believed by some that she would be leader one day. However, she ended up falling in love with a RiverClan tom named Appledusk, which was forbidden by the Warrior Code. She kept their relationship a secret, sneaking out at night to meet him in private. He told her he loved her more than anything.

After many moons of secret meetings, Mapleshade became pregnant with Appledusk’s kits, giving birth to them in ThunderClan. She had two sons and a daughter, naming the daughter Petalkit and the sons Patchkit and Larchkit. When Mapleshade said she would raise them alone, Oakstar's daughter, Frecklewish, assumed that her deceased brother, Birchface, had fathered Mapleshade's kits. The irony in this is that Birchface was killed (albeit accidentally) by Appledusk, the real father of Mapleshade's kits, during a battle between ThunderClan and RiverClan at the Sunningrocks. Not wanting to lie to her Clanmates, but also not wanting to put her kits in danger, Mapleshade neither confirmed or denied this assumption, instead letting Frecklewish spread the false rumor.

However, Ravenwing, the ThunderClan medicine cat, later deduced that Appledusk was the real father of Mapleshade's kits after receiving an omen of three reeds from Starclan, and later seeing her meeting Appledusk at the border, and told the Clan. Mapleshade and her kits were then exiled by Oakstar as traitors. She left vowing that they would regret what they did that day forever. In her desperation to get her kits to safety, Mapleshade tried to take them across the river to seek refuge in RiverClan. However, on the way there, the river suddenly flooded and her kits were swept away. Mapleshade bravely tried to save her kits, and almost drowned herself in doing so, but ultimately failed. A nearby RiverClan patrol saved her, but to her horror, all three of her kits drowned, with Appledusk blaming her for their deaths. He rejected her in front of RiverClan, who then refused to let her stay. Heartbroken and enraged, Mapleshade left, swearing vengeance.

Mapleshade then became a rogue and quickly fell into insanity, her mind crawling with hallucinations of her drowned kits. She vowed to kill the cats who were to blame for the death of her kits. First, she stalked Ravenwing, the cat who had revealed her secret, and murdered him at the Moonstone. She then uncovered his grave and left his corpse to be eaten by a hawk. Next, having learned from Nettlepaw that Frecklewish had watched Mapleshade and her kits crossing the river and blaming her for not saving them, Mapleshade lured the other she-cat to Snakerocks and got her eye bitten by an adder, blinding and eventually killing her.

Mapleshade then turned her rage toward Appledusk. Using his apprentice, Perchpaw, as bait, she lured him to RiverClan's border and challenged him to a fight. Appledusk refused, but then his new mate, Reedshine, already pregnant, arrived on the scene. Blinded by rage and jealousy, Mapleshade attacked Reedshine, but Appledusk jumped in the way and was killed instead. In the same moment, Mapleshade was attacked from behind and mortally wounded by Perchpaw. Mapleshade vowed to the pregnant Reedshine that she would haunt Appledusk's descendants forever for what he did to her.

Because of the murders she committed, Mapleshade's spirit was denied entry to StarClan and instead sent to the Place of No Stars, also known as the Dark Forest. There, her lust for vengeance unsatisfied, she plotted against ThunderClan and RiverClan, the clans who cast her out. She discovered that she could dwell in the dreams of others, and watched over Stormkit, Appledusk's great grandson, destined to be RiverClan's next leader. When Stormkit's jaw was permanently disfigured, resulting in him being rejected and renamed "Crookedkit" by his mother, and leaving him restless with unfocused ambition, Mapleshade seized the opportunity to turn him down a dark path. She promised Crookedkit that she would make all his hopes come true in return for one thing: that he would hold his Clan more precious than anything else in the world. Crookedkit agreed.

With the future RiverClan leader in her thrall, Mapleshade trained him to become the warrior she had been, while steadily stealing everything he loved most. She made him watch his mother drown, his brother fall in love with a ThunderClan she-cat, and his mate and all but one of his daughters die of sickness. After this, Crookedkit, now Crookedstar, finally realized that Mapleshade had been manipulating him and confronted her in a dream. Mapleshade, however, bested him in single combat and made an impression upon him by revealing her tragic past. When Crookedstar's last remaining daughter, Silverstream, fell in love with the ThunderClan tom Graystripe, and died giving birth to their kits, Mapleshade declared Crookedstar's "punishment" complete. She was delighted to see another cat go through the same pain that she had.

Meanwhile, Mapleshade was also targeting cats in ThunderClan. First, Goosefeather, a medicine cat who had the ability to always see the spirits of both StarClan and the Dark Forest. Mapleshade briefly trained him in his dreams, but eventually didn't bother with him anymore, as she knew he was "already doomed by StarClan". She was proven to be right, as Goosefeather's ability slowly overwhelmed him and drove him mad, without the need for her input. Next, she helped another Dark Forest cat, Silverhawk, train the ambitious warrior Thistleclaw, while she did the same with Crookedjaw. Unlike Crookedjaw, Thistleclaw failed to become leader and didn't escape the Dark Forest's influence, joining them after his death.

Mapleshade then moved onto Tigerkit, the grandson of Oakstar, who previously banished Mapleshade and her kits, and nephew of Frecklewish, one of her victims in life. Since the day he was born, she acted as a second ghostly voice in Tigerkit's head, not revealing herself until late into his adulthood in a dream. Under Mapleshade's influence, Tigerstar killed many Clan cats in his quest to rule the entire forest, eventually uniting ShadowClan and RiverClan as TigerClan briefly. However, after allying himself with BloodClan, a large group of violent stray cats from the twoleg city, Tigerstar was betrayed and slain by their leader, Scourge. After his death, Tigerstar joined Mapleshade in the Dark Forest.

When the Clans moved to new territories, Mapleshade followed and plotted with the other Dark Forest cats to destroy them once and for all, taking in and training more living recruits than ever before. During the battle between the Clans, StarClan and the Dark Forest, she tried to kill a ThunderClan senior warrior, Sandstorm, because she had everything Mapleshade ever wanted: a mate who loved her, having kits that she could watch grow up and one day have kits of their own, and respect from her Clanmates, all of which she believed StarClan stole from her. Mapleshade nearly killed Sandstorm, but was stopped by Spottedleaf, the spirit of the former ThunderClan medicine cat. Enraged, Mapleshade attacked and killed Spottedleaf, causing her to fade away forever. Mapleshade was then attacked by and chased away by Sandstorm, and retreated with the remaining Dark Forest residents, her quest for revenge still unfulfilled.

It's later revealed by StarClan that ever since the Great Battle, the Dark Forest had been nearly empty, most of the evil spirits having been destroyed in the battle or faded away afterwards. It is known that Mapleshade and a few others had survived the Great Battle, as she's later seen with Silverhawk in The Broken Code.

Mapleshade is a large, thick-furred, tortoiseshell-and-white she-cat with amber eyes, and a long, thick, fluffy, white tail. After spending moons in the Dark Forest, her appearance became rather distorted and emaciated, with a scarred head, muzzle and face, and ragged, patched, matted fur. In Omen Of The Stars, she's also described as being transparent from fading away.

Mapleshade was once a good-hearted cat, bent on serving her Clan to her last breath. She was a brave and skillful warrior, willing to fight any enemy she encountered. As a result, she was held in high esteem by her Clanmates, who believed she would one day become deputy and then leader. Mapleshade was ambitious and enjoyed their admiration, and was also compassionate and affable, as she was usually polite to other cats and felt sympathy for Ravenwing for being ThunderClan's only medicine cat. However, Mapleshade also had a hidden arrogant, naive and selfish side to her, as seen when she acted possessive over Appledusk and disregarded his concerns regarding their relationship, and at one point resisted the urge to attack Frecklewish when the other she-cat attempted to bond with who she thinks are her brother's kits.

However, Mapleshade ended up breaking the Warrior Code by falling in love with Appledusk, a cat from RiverClan. She was able to keep their relationship a secret, until she gave birth to their kits. Mapleshade deeply loved her kits, especially Patchkit, who seemed to be the most attached to her. She planned to raise them until they were fully accepted, then reveal their half-Clan origins at the "right" time, hoping both ThunderClan and RiverClan would accept them for who they were - and by extention, accept her and Appledusk's relationship. When her secret was unveiled prematurely by Ravenwing, however, she and her kits were exiled from ThunderClan as traitors. Mapleshade was both heartbroken and enraged, and vowed revenge.

In her desperation to get her kits to safety, she tried to take them across the stepping stones to RiverClan, only for them to be swept away by the swollen river. She tried her best to rescue them, alongside a patrol of RiverClan cats, but unfortunatly failed as all three kits drowned. Upon taking her and the kit's bodies to RiverClan camp, Appledusk blamed Mapleshade for crossing the river which resulted in the kit's deaths, and rejected her in front of his Clan. Being ordered to leave RiverClan's territory without even getting to attend her kits' burial, Mapleshade was heartbroken and enraged all over again, and vowed revenge upon her former mate.

These traumatic events left a huge mark on Mapleshade. She became cold, vicious, ruthless, manipulative, and obsessively vengeful, her psyche distorting to the point of insanity. Having lost everything she'd cared about, Mapleshade had nothing left to live for and her only goal was taking revenge on those who had ruined her life. Even in death and after exacting revenge, she could not let go of her pain and hatred, and targeted her enemies' descendants, even going so far as to turn her back on StarClan, whom she previously had faith in.

All-in-all, Mapleshade is one of the most ruthless and dangerous of the Warriors villains, but at the same time, she is also one of the most sympathetic. This is due to the fact that, unlike most of the other major villains, whose evil actions are driven by a lust for something they've never had, Mapleshade's evil actions are driven by grief and anger over something she has lost.

Mapleshade in The Ultimate Guide 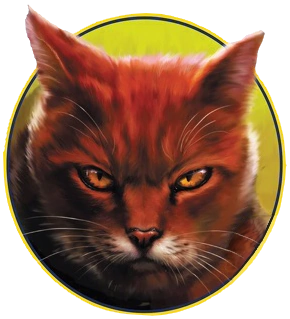 Mapleshade on the cover of Mapleshade's Vengeance 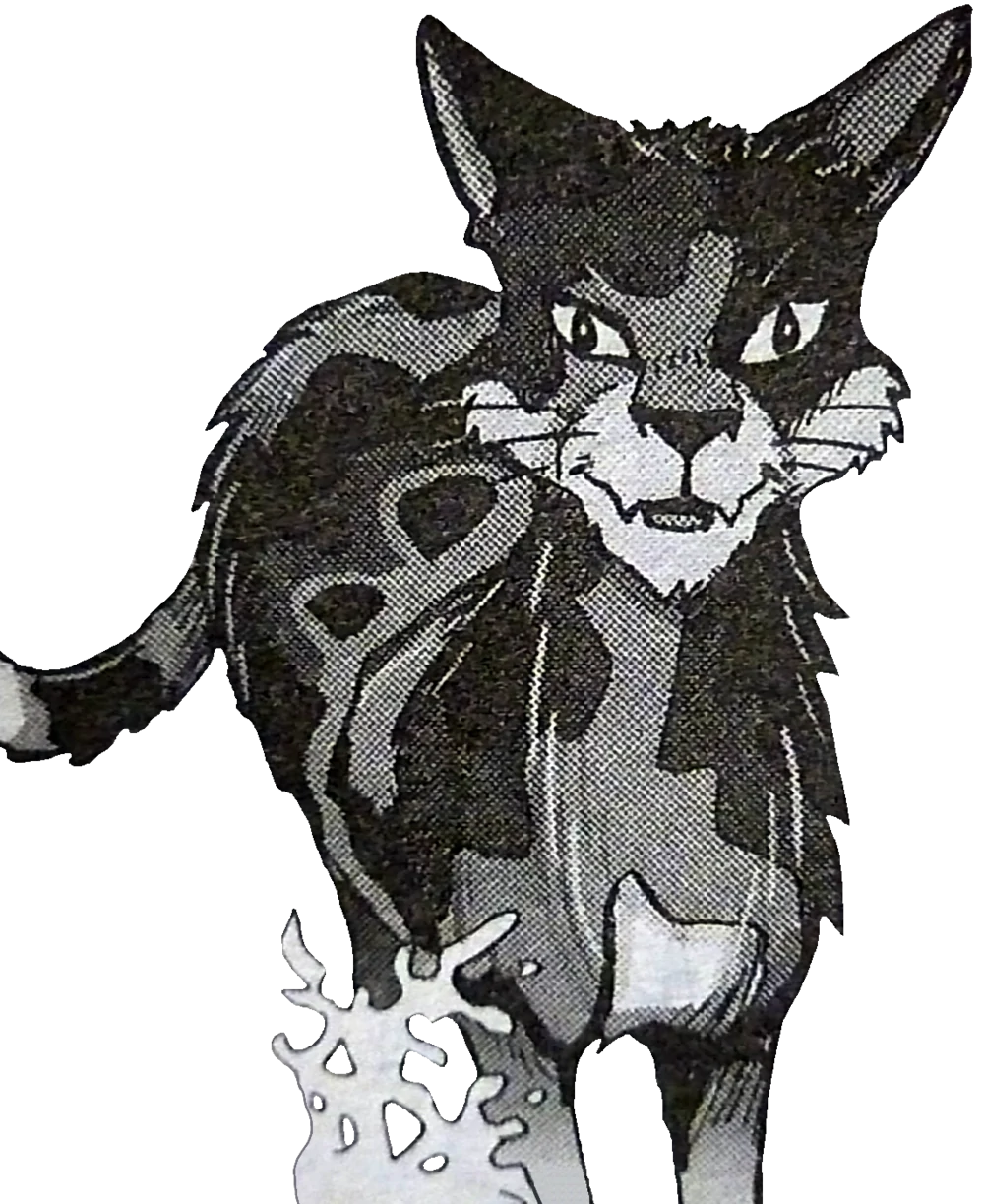 Mapleshade on the Warriors Wiki