Annoy/harass members of the Losers Club.

Get Peter Gordon to beat up members of the Losers Club.

Marcia Fadden is a minor antagonist in Stephen King's IT.

She is a very rich girl who lives in Derry, Maine and is the girlfriend and lover of Peter Gordon, who protects her and makes her feel good about herself. In turn, she also compliments him.

She was played by Isabelle Nélisse in a small role in the 2017 film.

They are in a relationship, and on a date, Peter insults Beverly Marsh, and Marcia joins in the insult and suggests that Beverly make out with Richie.

Beverly tells Marcia to "piss off", and Marcia recoils in shock and terror and puts a hand to her chest. Peter protects her by slipping his arm round her shoulders and threatens to beat up Richie. Marcia is led off, protected, by Peter into the town movie theater, and Beverly insults her behind her back.

After the movie theater incident, Marcia tells Peter to get revenge on the Losers Club for her. Peter, a member of the Bowers Gang, takes part in Henry Bowers's chase of Mike Hanlon, which winds up in the resulting rock fight between the Bowers Gang and Losers Club, and Peter is the first on Henry's side to forfeit.

Marcia Fadden is presumed deceased by the end of It, as it is mentioned that Pennywise killed all of Henry's friends, and since she has a loose yet indirect association with Henry, she may have been too.

Though absent in the miniseries, Marcia Fadden appears in the 2017 film adaptation (unlike Peter Gordon, who only made it as far as the miniseries) being played by Isabelle Nelisse. Here, she lacks the unattractive acne trait she was said to have in the novel and is shown to be classmates with Beverly Marsh and close friends with fellow West Broadway mean girls Greta Bowie and Sally Mueller. She, along with Sally, appears early yet briefly in the movie, where the two girls join Greta in bullying Beverly in the bathroom. During this time, Marcia runs water into a garbage bag and pours the wet garbage on her from the open roof of the bathroom stall she is in.

Marcia Fadden was an egomaniac; she acted smug and arrogant towards those less privileged than herself. Provocative and spoiled, she was a bully towards almost anyone who she saw as beneath her, especially Beverly Marsh, yet her bullying style was slightly similar to that of her boyfriend and lover, Peter Gordon, as she was never quite brave enough to try anything on her own and preferred doing so in the company of Peter or other friends. However, she was much more of a coward at heart and only went as far as teasing and insulting others, contrary to Peter's cooperation in physical bullying when with Henry Bowers and the others. She's also a bit of a hypocrite, because she loved to pick on other kids and "cawed with laughter" when her boyfriend did too, but would take great offense when people retaliated and stood up for themselves or insulted her.

Her whole relationship with Peter is described in the text as two horrible people needing each other.

Peter Gordon is Marcia's boyfriend, and the two have a good relationship. They are said to live next door to each other and they're both mentioned to be arrogant and spiteful bullies with lots of money, who hang around the Bowers gang sometimes. In the summer of 1958, Peter and Marcia run into Beverly Marsh and Richie Tozier at the movie theatre and tease them, and Beverly retaliates. Marcia recoils in fear and Peter comforts her and promises that he'll get Richie for what he and Beverly did to his girlfriend. Marcia encourages Peter to get even closer to Henry so no one else would "bully" her, and he agrees only to be scared off by Henry's deteriorating sanity during the rock fight. It's unknown if Peter or Marcia are killed by It or not.

In the 2017 film, Marcia Fadden hangs around with Greta Bowie and Sally Mueller rather than Peter Gordon (who's not in the movie). On the last day of school in 1989, she, Sally and Greta harass Beverly Marsh in the bathroom (whom they envy for her beauty), and Marcia pours wet trash onto her and laughs when Greta insults her. She appears to look up to Greta in the film, and sees her as a leader of some sort. 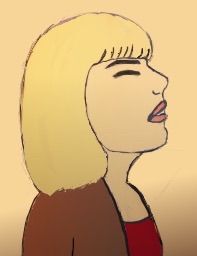 Retrieved from "https://villains.fandom.com/wiki/Marcia_Fadden?oldid=4113860"
Community content is available under CC-BY-SA unless otherwise noted.