Father of the Vampire Race

Spending time with his brother William

Get his revenge on Viktor and the Vampire Coven (indirectly succeeded).
Reestablish his power and create a new race in his image (failed).
Free his brother William from imprisonment (succeeded).
Kill Michael and Selene (failed).

Marcus Corvinus is one of the two main antagonists of the 2006 film Underworld: Evolution.

He is a pure Vampire Hybrid who attacks using talons on his wings, and also biting enemies on the neck. He also is a master swordsman, as evidenced when he first fought against the Lycans in their first war. His power is said to be stronger than Viktor and Selene.

He was portrayed by Tony Curran.

Marcus Corvinus was born around the mid-to-late 5th century to Alexander and Helena Corvinus, and is the brother to William, and an unnamed brother. Alongside William, he inherited the Corvinus strain, which had made his father into the first immortal. During their youth, Marcus and William shared a close bond, and both were arrogant enough to think that nothing could harm them (due to their immortality).

William went on to ravage the countryside of Hungary, infecting the townspeople with lycanthropy. Marcus approached Viktor, an elderly warlord, to stop the werewolf threat, and turned him into a vampire. In addition, he personally turned Amelia into a vampire, and the trio became vampire elders, and launched a war against the werewolves.

In 1202 A.D., Marcus, the elders, and the death dealers found William after he ravaged a town, and turned them into werewolves. Viktor and the death dealers injured William, and Marcus pleaded for his brother not to be harmed. He was betrayed by Viktor and Amelia, who wanted to lock William away for life, and kept him far away from Marcus' grasp. Marcus declared vengeance onto the elders, but the others were more loyal to Viktor than the first vampire.

Once the Vampire Coven was created, the Chain was made as a system where one Vampire Elder would rule, while the two would remain in hibernation. Marcus was undercut by the Vampire Council, and was eventually sentenced to hibernation to slumber. Viktor would go on to have many believe that he was the strongest and oldest of their kind, and only Andreas Tanis and others knew that Marcus was the original.

The sole main reason for keeping Marcus alive was that he told Viktor that if he was to die, the bloodline would cease to live. This was a lie, and Tanis would reveal this to Selene and Michael Corven on Marcus' "clever deception". As a result of this, Marcus was protected at all cost, and kept hibernated so that the vampires could live on.

Marcus' only appearance is at the end of the film, with Singe's blood entering into his chamber. The film ends with Marcus opening his blue eyes, turning into black as he is reborn into a Vampire-Lycan-hybrid.

Marcus is first seen in the film awakening from his sleep when blood from a Lycan scientist named Singe falls into his tomb and revives him. Kraven attempts to assassinate him, but is beheaded by Marcus' wing-talons after Marcus learns of Kraven's memories. After killing Kraven, he then burns Ordoghaz, the Old World Coven. Now thinking that it is the perfect time to free his brother, William, Marcus starts seeking out Selene, who holds half of the key to free William. His first attempt fails because of Selene's friend and lover Michael Corvin.

He then goes to the man called Tanis, and learns from him that the other half of the key is held by his father. Marcus then attacks Selene and Michael again, this time killing Michael. He then drinks Selene's blood, which gives him the location where his brother is held. Marcus then confronts his father and tells him that he wishes to rule over a new race of vampires who are in his own image. He wounds his father, but does not kill him, and receives the other half of the key.

Marcus then goes to the fortress where William is being held captive and frees his brother from his dungeon. Their relationship is so strong that William does not harm Marcus when he recognizes him. They are both interrupted by Selene and the survivors of his father's followers. Marcus then attacks Selene, but is very furious when Michael, now resurrected, attacks and kills William. Marcus stabs Selene with one of his wing-talons but it does not kill her. Selene kills him by stabbing him through the head with his talon, and pushes him backwards into the helicopter blades. 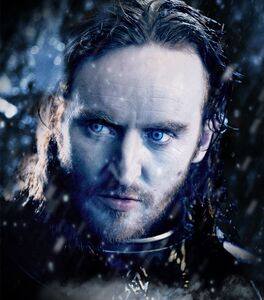 Wallpaper of Marcus for Underworld: Evolution. 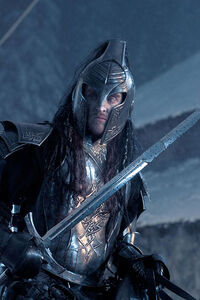 Marcus looking for his brother.

Marcus with Viktor and the Elders. 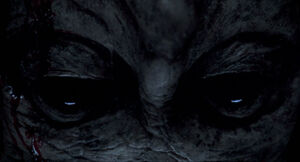 Marcus awakening at the end of the first film.

Marcus confronts Kraven on his treachery. 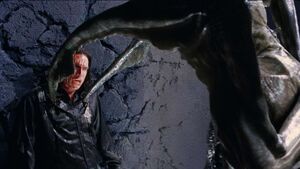 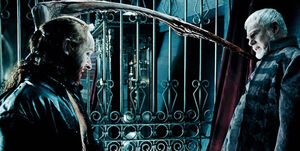 Marcus stabbed with his talon before his death.