Continue following Audrey Nathans as she is apparently the one who can "save him".

He was portrayed by Patrick Brennan.

Before the events of the series, Marcus Daniels was a physics scientist and an assistant in a lab that was experimenting on a mysterious dimensional substance known as Darkforce. During a lab accident, Daniels was exposed to the Darkforce. While he did gain superpowers that involved absorbing energy, Daniels also became mentally unstable to the point of being pathologically insane and utterly single-minded.

At some point following the accident, Daniels started stalking a cellist named Audrey Nathans, whom he referred to as the "only light in his darkness". Eventually, when the police didn't believe Audrey, Daniels' activities caught the attention of S.H.I.E.L.D. agent Phil Coulson who captured him and sent him to the Fridge to be rehabilitated.

While at the Fridge, unbeknownst to Coulson, the agents at the facility experimented on him and eventually increased his powers and made him stronger. During the collapse of S.H.I.E.L.D., HYDRA agents John Garrett and Grant Ward raided the Fridge to obtain confiscated technology that was inside. To keep Coulson distracted, they broke out the facility's prisoners, including Daniels, where Garrett told him to "follow his dreams", at which Daniels understood what he was referring to.

After escaping, Daniels killed a man and stole his car before heading to Portland, where Audrey lives. Upon arriving, Daniels started stalking Audrey when she was jogging and when she recognized him and tried to escape, S.H.I.E.L.D. arrived and escorted her away. Coulson and Leo Fitz arrive and try to subdue him with his weakness: energy from strong, bright lights. However, he then demonstrated his improved powers and escaped.

Realizing that the only way to permanently stop Daniels was to overload him with light energy and kill him, S.H.I.E.L.D. set a trap by having Audrey as bait. This was successful, although Daniels was able to overcome their trap. Just as he approached Audrey, Coulson and Antoine Triplett hit him again with light energy beams and finally overloaded him where he exploded. 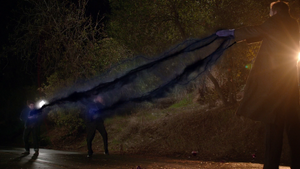 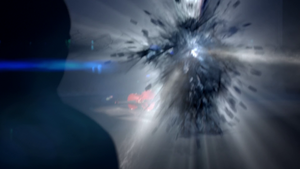