Kidnap the daughters of his high school tormentors (succeeded)

Make two of the girls kill one in order to prove his point that people in the town are two-faced and will turn on one another when the chance arises. (succeeded).

Marcus Younger is the main antagonist of the Criminal Minds episode "North Mammon". He is a small town social outcast who kidnaps three teenage girls whose parents ostracized him in high school, and forces them to decide between killing each other or starving to death.

He was portrayed by Tom Schmid.

Younger was born and raised in North Mammon, Pennsylvania, a small town that revolves around high school football. As a teenager, Younger was a star quarterback whose talent on the field earned him a full-ride scholarship to Notre Dame University. Unfortunately, however, he suffered a serious knee injury during a game that left him unable to play, costing his school its shot at a state championship and him his chance to go to college. Worse, his classmates, and even their parents, blamed him for the school's lost championship opportunity and shunned him, turning him into a social pariah. Even years later, the town's residents looked down on him, making it all but impossible for him to find employment, but he eventually got a menial job as a trash collector.

Burning with resentment for the years of mistreatment he suffered, Younger spends years planning to take his revenge, not just on his former classmates, but their children, as well.

When the football team once again competes for the state championship, Younger kidnaps three teenage girls, Brooke Chambers, Polly Homefeldt, and Kelly Seymour, whose parents were among Younger's high school tormentors. He imprisons them in his basement with no food or water, and instructs them to choose which of them is to die in order for the other two to be released. He instructs them to leave messages for their parents, but Polly's mother senses something wrong, and asks her family friend Jennifer Jareau, an FBI agent with the Behavioral Analysis Unit (BAU), to investigate him.

Meanwhile, Younger turns the girls against each other by revealing secrets about their parents. Kelly tells him that they have chosen to kill Brooke, so he drops two hammers into the basement for them to use on each her. Brooke fights back, however, and kills Kelly instead. Satisfied, Marcus releases Brooke and Polly, and waits at home for the police. When they arrive flanked by the BAU, Younger calmly confesses to what he did, swearing that he did not touch the girls, but merely "showed them what they are". Disgusted, BAU Supervisory Agent Jason Gideon arrests Younger, who is then imprisoned for kidnapping. 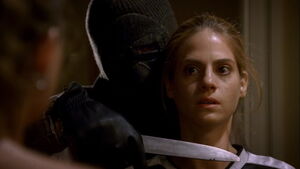 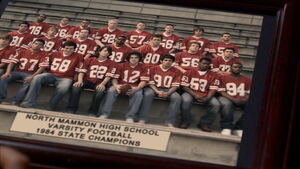 Marcus with the football team. 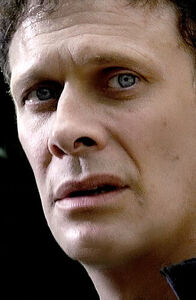