Help her husband get revenge on the Wattersons (succeeded, but got arrested as a result.).

Margaret Robinson, also called Mrs. Robinson, is a supporting antagonist in The Amazing World of Gumball. She is the unempathetic and sometimes sadistic wife of Gaylord Robinson, as well as a neighbour of the Wattersons.

She is voiced by Teresa Gallagher.

Similar to her husband, Mrs. Robinson is best described as grumpy, callous and unempathetic. She does not speak at all in the series, but rather grunts all her words through a series of indecipherable "mehs".

Earlier on in the series, Mrs. Robinson shows a twisted form of love towards her husband. While they both love each other, this seems to be symbolised most through their constant bickering. When Mr. Robinson ended up depressed and losing his anger, she threw him out, unable to be happy in their relationship. After Mr. Robinson unleashed his newfound anger on Richard however, she happily hugged him and accepted him back. Mrs. Robinson also appears to enjoy gardening, but enjoys killing flowers even more.

Later on in the series, Mrs. Robinson transitions into an unrepentant sadist who revels in causing the despair of others. She shows many sadistic tendencies, and the episode called "The Wicked" portrays her in an irredeemable light, with her going around and tormenting and harming everyone she comes across. Mrs. Robinson also shows her utter sadism when she smiles wickedly at the sight of Darwin choking on a plastic toy and leaves him despite him and Gumball begging her for help. Her husband claims that nothing happened to make Margaret the way she is, and that sometimes people just want to see others suffer. She is also willing to let others take the fall for her crimes, as she framed Gumball and Darwin twice in said episode.

Mrs. Robinson also proves to be unfaithful towards her husband's marriage, this is shown in "The Boss" where she steals his wallet before he is taken away by an ambulance. In the same episode, she is seen hula dancing with other men on a tropical island and even planned to marry one of them before her husband woke up from his stuffing transfusion. 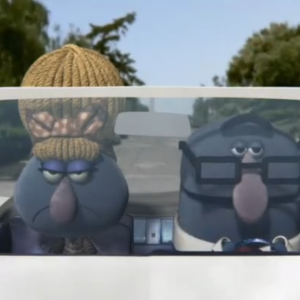 Margaret with her husband. 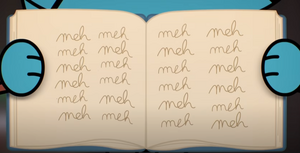 Mrs. Robinson sailing with her brother. 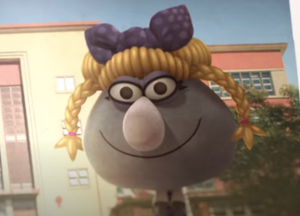 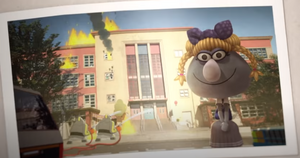 ... and probably the last for some others. 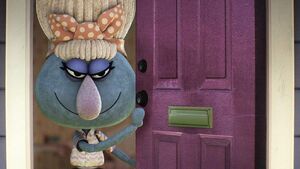 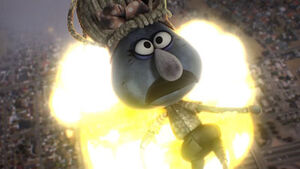 Mrs Robinson finally gets her comeuppance. 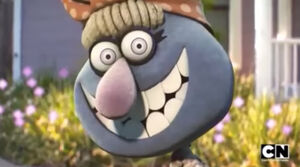 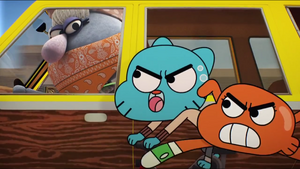 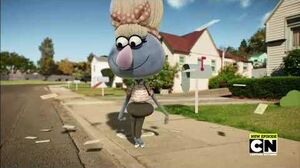