Contestant and co-host of Brain Busters

To be the smartest contestant on the game show forever

Margareta "Margie" Clarkland-Krewitz is a villain in Totally Spies. She only appears in the episode "Brain Drain".

She and Wink Weatherdale were stealing the intelligence of the contestants on the game show Brain Busters and she was responsible for draining the contestants' intelligence including Sam to her own brain during the show that they made. Clover and Alex discovered their motives by draining their intelligence with a draining machine as both soon were after by their bodyguards. Both girls realize their motives as they accidentally fall on the ceiling knocking her massage therapist as Margie saw this, she loudly calls Wink as both were caught. Both are then locked in a barely lose oxygenated room while she and Wink continued their motive of draining intelligence from their show. However the girls managed to escape.
That night during their show according to their plan where Margie begins to drain more contestants' intelligence as it was disrupted by Clover and Alex. She and Wink managed to flee as they were pursued by both. Wink then drives the plane to escape from them. Clover managed to caught their plane after she lasso the rope from their tail she and Alex climbed the plane but they fall when Wink overtakes the plane both managed to hang on the rope. With the help of Alex's rocket propelled go-go boots, she managed to destroy the wing of their plane as Wink and Margie's plane crashed in a man-made oasis. Clover states that their show and the contestant was cheating. After Wink was arrested, Jerry takes Margie with them to drain her intelligence that she stole from the other contestants as they activate the draining machine to retrieve Sam's intelligence from her brain as Sam returns to normal. Margie becomes tired as they continued to retrieve the intelligence from the other contestants that she stole in their game show. 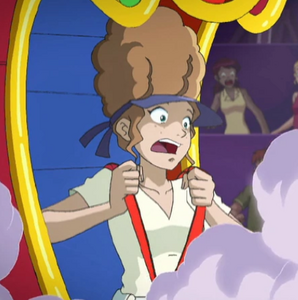 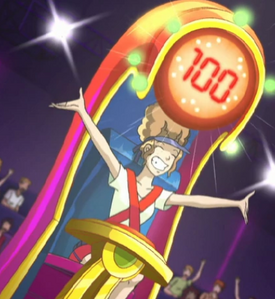 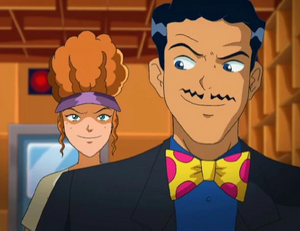 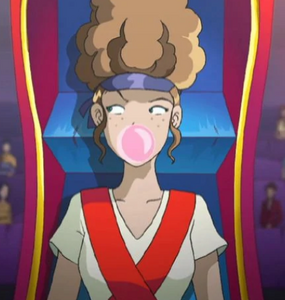 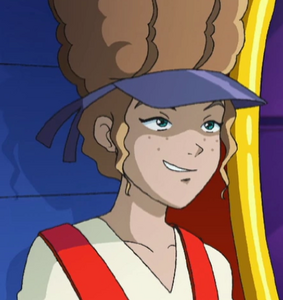 Retrieved from "https://villains.fandom.com/wiki/Margie_Clarkland-Krewitz?oldid=3635395"
Community content is available under CC-BY-SA unless otherwise noted.