Maria is one of the four Dark Lovers.

Maria has a cold heart to everybody except Gaito, where she tries to flirt with him. She can also be considered to be the meanest, but also the strongest, as well as the most intelligent, out of the four Dark Lovers. Though she constantly argues with the other dark lovers, deep down she cares about them, considering them as her friends.

Maria always gives a cold smile to everyone and is most of the time, very calm. However, she can become very angry when people call her "old lady" as though she looks like she is 14-18 she might actually be older than she looks.

Maria has long blonde hair, grayish blue eyes and her skin is ice white. She wears a greyish white dress and shoes. She also has two crystal ornaments worn near her ears as her earring, tiara or fascinator. It is also known that she sometimes uses these as weapons or power source.

To stay on land, she and the other Dark Lovers use the Human Form. Her Human Form and Water Demon Form are similar, but her ears are human-like.

Maria's powers are based on ice and snow. She is shown controlling winter and more powerful when the cold season comes. She can freeze whatever and however she wanted. 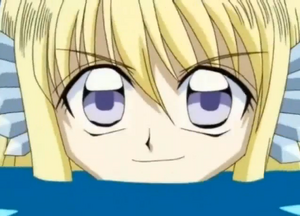 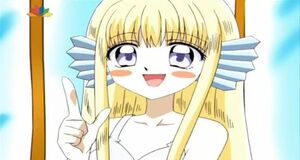 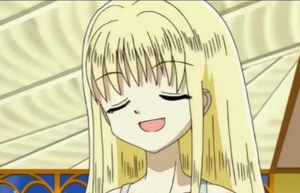 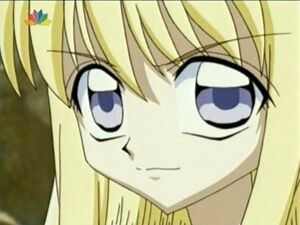 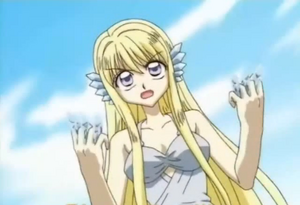 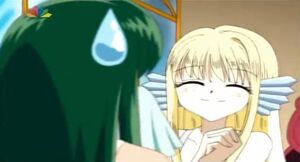 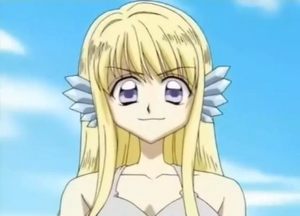 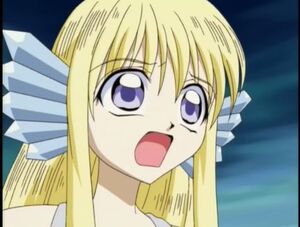 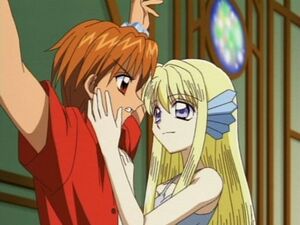