Marianna is one of the main antagonists in the game, Fairy Fancer F. Marianna is one of the Four Heavenly Kings of Dorfa. A high class girl who is doing charity work by playing the harp in an orphanage managed by Dorfa. She is extremely loyal towards Dorfa, she's collecting Furies so that Dorfa can rule the world.

She is voiced by Rui Tabane in Japanese and Dorothy Elias-Fahn in English version.

Marianna is a beautiful woman with a pale skinned girl, bright gold colored eyes and long, very pale colored hair with a single braid going on top of the head, acting like a headband. To the side of her head rests a dark colored flower with lacey-material and indigo leaves surrounding it. She wears a low-cut dark colored gothic dress with white accenting and frills placed below the sleeves of each arm and at the skirt. On front of her dress, sitting at the waist is a big frilly bow. She also wears matching gloves with loose cuffs, and a black string tied around her neck with a bow.

At first sigh, Marianna is a gentle and loving person. She plays the harp for children in order to win them over and agrees to play with them every once in a while. She is charismatic and loves to play with people. However, the truth is that Marianna is a dark, sadistic and a cruel homicidal young woman who will put forth every effort in order to further Dorfa's goals. During the second battle with the party, she is seen to have no qualms about using children that once she "played" with as shields when it seemed like she was about to lose.

Marianna made her debut in the Dorfa Arc, at Dorga HQ with Hanagata, Bernard and Apollonius when Paiga comes to report that Fang has defeated Zenke. When Fang attempts to revive the Goddess, she tries to stop him but is defeated.

She tricks the Fang's Party team to go to the Lusamundo Ice Cave, and fights Fang, however, she is defeated escapes after Zagi sacrifices his life for her escape. When Fang  attempts to revive the Goddess again, she tries to stop them again but is defeated but Fang spares her life, allowing her to escape. After the death of Sherman in the end of the game, she becomes the new president of the Dorfa Corporation and is now long one of the Four Kings.

However, she didn't stopped there. After she became the president, she had the same goal as before to spread Dorfa's influence and wealth around the country. In the Vile God route from Advent Dark Force it is Marianna who becomes the host of the Vile God. Leading her character to the future main antagonist. 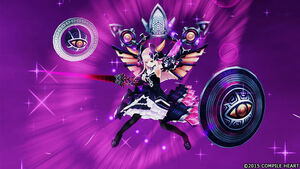 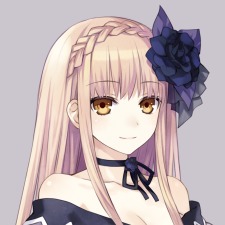 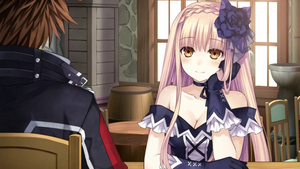 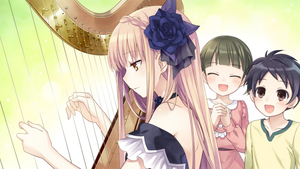 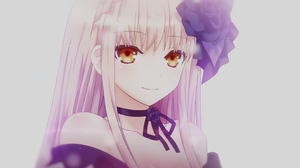 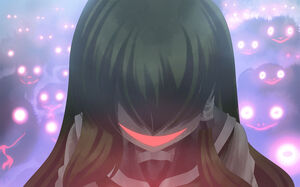 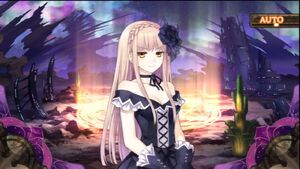 Retrieved from "https://villains.fandom.com/wiki/Marianna?oldid=3369115"
Community content is available under CC-BY-SA unless otherwise noted.