Marianne, also known as the Flag-Bearer of Freedom and more commonly as a Miss Goldenweek is the secondary antagonist in the Little Garden Arc and the main character of the Miss Goldenweek's "Operation: Meet Baroque Works" in the manga and anime series, One Piece. She was former as a officer agent at the Baroque Works along with her partner Mr. 3. She now current as a painter working on the new Spider's Cafe with the others former colleagues.

She was voiced by Akiko Nakagawa in the Japanese version, and by Cindy Creekmore in the alternate English dub by Odex and Cherami Leigh in FUNimation dub in the English version.

Marianne is the teenager girl has a dark red tied in two pigtails with a braids, she has a short with a fairly stature black large eyes has a relatively and circles of blush of the cheeks. She wore a pink hat has a green band with the wide-brimmed, dark blue T-shirt has a word "GOLDEN" it has on the pink and orange in the anime series, sky blue and white cloud pattern down by her skirt, maroon skirt has a overall top fold down, a blue and light purple socking, and large red shoes has a white soles and white cuffs. She loved eating some rice crackers.

Despite her never passes and extreme laid back onto passing grade to chance of good relax. Later, she was during the picnic with a setting it up against the battle. But here is example from easygoing with her nature was sat down away from the few cup of tea, basically too busy walking through over that point to pick it up currently. She enjoys conveyed on the message to her partner, Mr. 3 when used the eyes, and he understand, he decided to brought her cup on the way.

After the laid back personality, Marianne taking down to the mission either way when she was prevented Luffy for destroyed Mr. 3's Candle Set to rescuing by the Straw Hat Pirates.

Marianne's concept art from the anime. 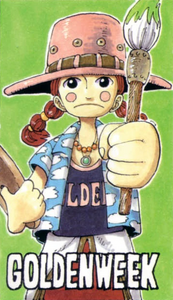 Marianne's color scheme in the manga. 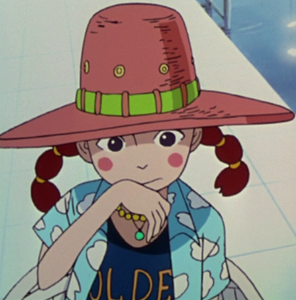 Marianne as she appears in the credits of Movie 2. 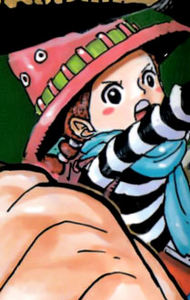 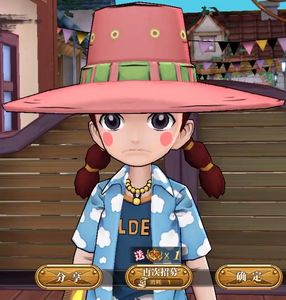 Miss Goldenweek in One Piece: Burning Will.
Add a photo to this gallery

Retrieved from "https://villains.fandom.com/wiki/Marianne?oldid=4315775"
Community content is available under CC-BY-SA unless otherwise noted.