Governess to Ariel and her seven sisters (formerly)

Manipulation
Command over her electric eels

She was voiced by Sally Field, who also played Valdine Wingfield in the 2001 comedy film Say It isn't So.

Marina Del Ray is a mermaid and the governess of King Triton's seven daughters, in charge of enforcing Triton's distant and formal parenting style following the death of his wife Queen Athena. She feels that she has been stuck as the governess for too long, and her primary motivation in the film is to take over Sebastian's job as the King's attaché by any means necessary.

She temporarily succeeds after getting Sebastian, Flounder, and their entire secret music band sent to prison (music was banned from Atlantica at the time), but upon learning of the gang's escape with Triton's youngest Ariel to find Athena's music box (the only object that will get Triton to change his mind), Marina resolves to kill to them where she plans to make Ariel's death look like an accident.

While the eels battle the gang, Marina takes on Sebastian, who outsmarts her every move and ultimately gets her trapped inside a coral spike. Marina does not give up, however, and still tries to kill Sebastian by crushing him, but Ariel pushes her away. Marina is arrested and later sent to prison for her crimes.

Marina is a mean, selfish, and traitorous mermaid who seeks power and control. She is shown to be an extremely funny and talkative woman. She is ever calculating, ever ambitious, and scheming as she seeks to get rid of Sebastian whom she despises the most. She is also indeed sly, ruthless and manipulative in nature. 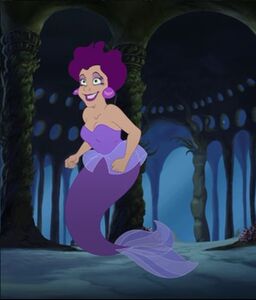 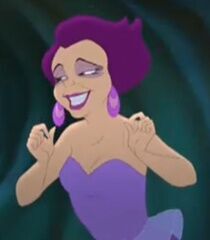 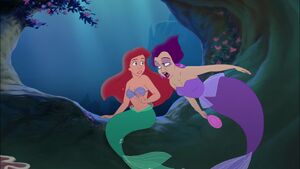 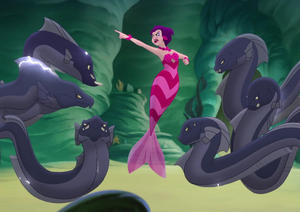 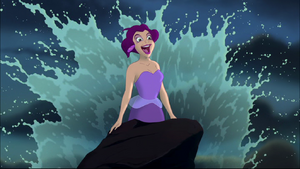 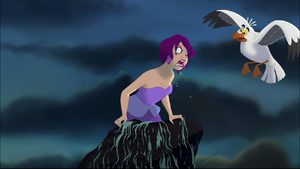