Doctor
Dictator of the Mushroom Kingdom

Enslaving the citizens of the Mushroom Kingdom.
Killing baby turtles.

Mario is the main antagonist in the YouTube video Secret History of Mario. He is the evil dictator of the Mushroom Kingdom, who used the princess to attain power.

He was voiced by Blake Swift, who also played Sonic in the series.

By all means, Mario a psychopathic, oppressive, arrogant, and tyrannical leader of the Mushroom Kingdom. He is shown to be remorseless for his countless atrocities, such as stomping on a baby turtle and going so far as to strip the Koopas as their rights and make them poor.

According to Peach, once Mario had saved her, he would lash out constantly, and is implied to be a domestically abusive person. Once he had discovered that Peach was in an affair with Bowser, he performed horrific surgery on her and then dumped her, while taking control of her kingdom. Anyone who tries to resist him is usually beaten by the Riot police and thrown in a labour camp, made to strip the Mushroom Kingdom to the bone.

He is shown to extremely paranoid, he murdered Sonic for trying to "f**k him" because of the game, Shenmue. He is also very self-centered and egotistical, as he builds golden statues of himself.

It is implied that Mario may have been cursed by the unnamed wizard cult that is possessing Harry along with Tails, Amy, Han Solo, Hitler, and the people who were responsible for 9/11. However, it is unknown if this is true.

It is unknown how Mario came to power of the Mushroom Kingdom, presumably he used his heroic moment of saving Peach as a ploy to obtain power. After Mario took the princess's place in the Mushroom Kingdom as its oppressive leader along with his brother. He discovered that the princess was actually in a relationship with Bowser.

Enraged, he performed plastic surgery to make her look horrifically disfigured. He also ended up forcing Sonic to help him destroy Sega, after this happened, Mario betrayed him and murdered him by using a Bullet Bill (With Sonic presumed alive, because rings flew out of him). When he became the leader of the Mushroom Kingdom, he turned into a tyrannical dictator, ruling it with an iron fist. This caused the Mushroom Kingdom to be a worse place than it ever has been. The Koopas became poor, Toads are forced to work in labour camps and even stripping the Mushroom Kingdom to the bone.

The citizens have attempted revolution countless times, however, it is violently suppressed by Mario's riot police. 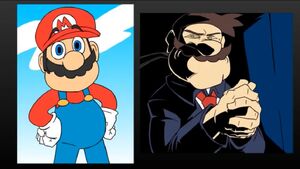 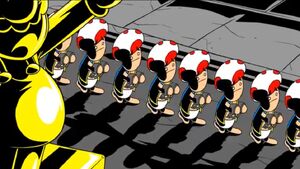 Mario imprisoning innocent citizens of the Mushroom Kingdom under his dictatorship. 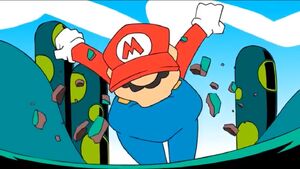 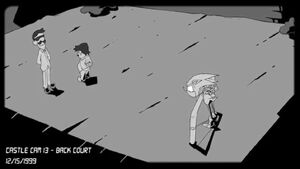 Mario with Sonic and Luigi 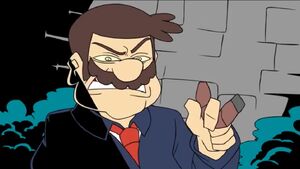 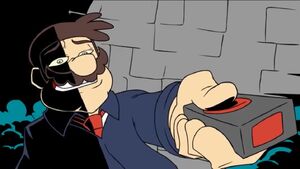 "Goodbye old-a-friend"
Add a photo to this gallery

Retrieved from "https://villains.fandom.com/wiki/Mario_(Secret_History)?oldid=3517017"
Community content is available under CC-BY-SA unless otherwise noted.