Mark Bradson is a minor antagonist in Dead Rising 2 and the non-canon game Dead Rising 2: Off The Record. He is a Phenotrans scientist tasked to harvest Queens and a psychopath.

He was voiced by Steve Pearce.

Pearce and another scientist Pearce Stephens were tasked by Phenotrans with gathering Queens in Fortune City when the outbreak occurred.

Together with Pearce, they are heard and seen talking about mature Queens ready for shipping. Bradson tells Stephens to call the head doctor to tell him that they are ready to harvest the shippings.

Stephens pulls out a phone and calls the doctor and tells him the news while typing on a computer. As Chuck calls out to them as "pointdexters" the two men each grab a pistol from the table and aim at Chuck, asking who he is and what he is doing there.

After their defeat Chuck inspects their laptop and tries to use it but it doesn't work because it is password protected.

Chuck calls them bastards but takes the laptop as well as a cup of coffee. Chuck comically thanks the deceased scientists for the coffee and then sees Bradson's ID card. He picks it up and then sees a panel with a switch. He pulls it and goes off. 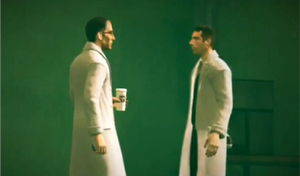 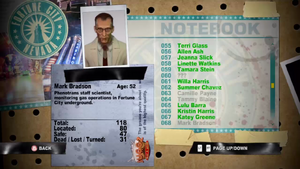 Mark in the notebook entry. 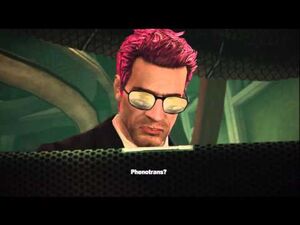 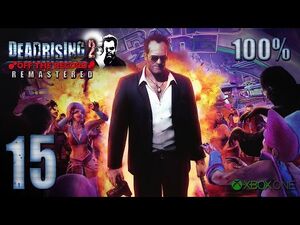 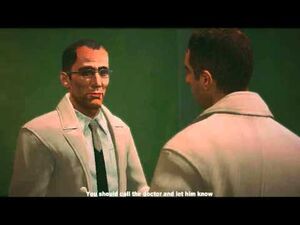 Dead Rising 2- Off the Record - Vs Phenotrans Scientists