Strategic Assassin
Mark Faba (also known as The Undying) is a supporting antagonist and elusive target in HITMAN 2. He is a former MI5 agent turned freelance hitman.

He was portrayed by Sean Bean, who also played Alec Trevelyan in GoldenEye, Patrick Koster in Don't Say a Word, Ian Howe in National Treasure, John Ryder in the remake of The Hitcher and Dr. Bernard Merrick in The Island.

Present at an IRA bombing at the age of 10, a young Mark Faba experienced the power and spectacle of terrorism at close hand. Traumatised, he withdrew himself from society and embedded himself into the world of hacking.

After getting caught hacking the government, Faba was forced to join MI5. There, he honed his marksmanship, demolition and hacking skills, at the cost of his decency and humanity.

One fateful day, in an operation gone wrong, he murdered a diplomat he was sent to spy on. When MI5 started investigating the murder, he faked his death.

A decade later, Faba made a reappearance as a hitman for hire. The ICA was contracted to eliminate him, which an agent seemingly succeeded in doing in Somalia, only for him to reappear. After 25 failed attempts on his life, the Agency finally sent Agent 47 after him.

At the time of his assassination, Faba was contracted by Robert Knox.

As shown in his mission, Faba is a cool, collected Englishman, impeccably polite and professional. This is a striking contrast to his flamboyant, overly complicated assassination methods. 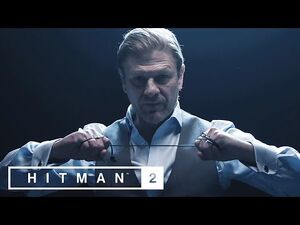 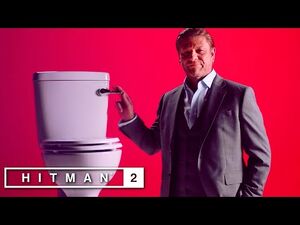