Adapting his appearance and personality

Kill as many women as possible (succeeded)

Mark Gregory is the main antagonist of the Criminal Minds episode "Charm and Harm". He is a charismatic serial killer who uses his ability to alter his appearance and manner to kidnap, torture, and drown women.

He is portrayed by Andy Comeau.

Gregory was born and raised in Copperhill, Tennesssee. When Gregory was a child, his mother took him with her to motels, where she would leave him to play while she cheated on her husband, Gregory's father, with a series of men. Gregory knew what she was doing, however, and sensed that his weak-willed father knew as well, but lacked the courage to confront her. He grew to hate her, and when he was ten years old he caused her to crash her car into the river at nearby Rock Creek, and then drowned her by holding her head under a shallow pool of water that had leaked into the car. His father suspected that Mark was responsible, but did not turn him in or get him help, instead rationalizing everything Mark did.

When he was a teenager, Gregory was arrested twice for voyeurism and statutory rape, respectively, but his father got him out of trouble. By this time, Gregory had become a smooth-talking, charismatic con artist, adept at adapting his appearance and personality to any situation in order to get what he wanted.

Gregory got married in his early twenties to a woman named Jenna Alban, but the union lasted only three weeks because of his pathological jealousy and need to control her every move; he was obsessed with the (incorrect) suspicion that she was cheating on him because his mother created for him an image of women as unfaithful and untrustworthy. After the divorce, he stalked Jenna for three years, until she changed her name and moved away.

Gregory started a successful real estate company in Sarasota, Florida, allowing him to have the trappings of wealth and success he had always craved, including high-end clothes, expensive cars, and several beautiful trophy girlfriends. His bloodlust remained, however, so he used his frequent business trips to prey on women all over the country. After charming his way into their lives using a variety of disguises, he would kidnap, torture, and drown them, just as he had drowned his mother.

His chameleon-like ability to change his appearance allowed him to get away with murder for years, until he murdered his girlfriend Stephanie Seagraves after finding out she was married. This time, police were able to connect him to the murder, as well as three others in the area. Gregory fled with a hostage, Nicole Wegener, which caused the Behavioral Science Unit to become involved in the investigation.

In "Charm and Harm"

After torturing and drowning Wegener in a hotel in Atlanta, Georgia, he goes to Copper Hill, where he disguises himself as a pilot in order to kidnap a woman from an airport, eventually killing her. After interviewing Gregory's father and ex-wife, Supervisory Agents Jason Gideon and Spencer Reid theorize that Gregory sees his victims as surrogates for his mother, and kills them in order to punish "her" for his childhood trauma.

Posing as a handicapped shopper, Gregory lures a female supermarket employee to his car, and then kidnaps her. He drives her to a nearby motel, where he attempts to drown her in the pool in broad daylight before the manager shows up to investigate. Gregory pretends that his victim is his wife and had fallen in the pool, and begs the manager to revive her. While the manager manages to resuscitate the woman, Gregory uses the distraction to get away just as the BAU team arrives. Gregory kidnaps another woman moments later and forces her to drive to Rock Creek, intent on fulfilling his fantasy of killing his mother one last time at the place where his murders began.

By now, Gregory has begun to dissociate from reality, and begins talking to the woman as if she is his mother, blaming her for his need to kill. She takes advantage of his distraction by intentionally crashing her car into the river, and escaping through the driver's side door. Gregory catches her, however, and tackles her in an attempt to drown her. She hits him over the head with a piece of driftwood, but he tries once again to drown her. At that moment, however, the BAU team appears, flanked by local police. Agent Derek Morgan orders Gregory to surrender, but Gregory commits suicide-by-cop by lunging at him, forcing Morgan to shoot him dead. 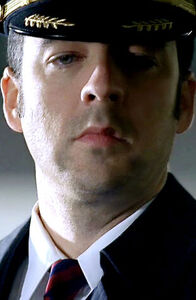 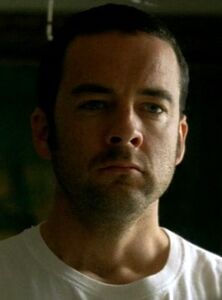 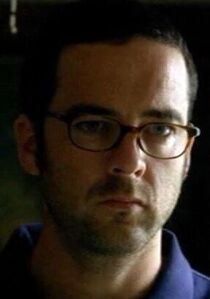 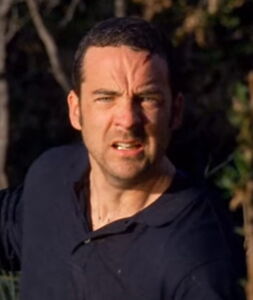