Taking pictures of weak, defenseless teenage girls in order to capture the moments of innocence, purity and its corruption of his victims.

Find, capture and take photos of the most innocent female students of Blackwell and to do his hobby without being caught (failed).

Mark Jefferson is the main antagonist of the 2015 video game Life is Strange. He is the one who is responsible for the drugging, kidnapping and indecent exposure of several female students at Blackwell Academy in Arcadia Bay, usually killing them afterwards.

He was voiced by Derek Phillips, who also played Randall in The Walking Dead: Michonne and Arthur Maxson in Fallout 4.

Mark is a very well-known and even famous portrait photographer that is respected and regarded all across Oregon and in Blackwell Academy. He specializes in black-and-white photography. All of his work is shown around the Blackwell campus, depicting provocative images of women in very obscene sexual positions. Mark and Max Caulfield, the protagonist of Life is Strange, both seem to enjoy elegant and mainly innocent things among other subjects in photography. Max thinks of him as someone admirable in her journal and even refers to him as "her favorite teacher".

Whilst in the middle of one of Mr. Jefferson's speeches in photography class, Max suddenly snaps out of her vision, only to be called on by him to answer a question. Max answers incorrectly, to which Victoria Chase then proceeds to correctly answer it. Max can rewind and use Victoria's answer as her own, impressing Jefferson and displeasing Victoria. Jefferson then announces that he wants each of his students to submit a photo for his "Everyday Hero" contest. Class is dismissed, where after he is seen talking to Victoria. Max tries to evade him due to her avoiding the assignment, but he calls her over and tells her that she needs to have the courage to share her work. After his lecture, he quotes John Lennon. Max can rewind several times in order to prevent his disappointment in her, even quoting John Lennon, impressing Jefferson.

Jefferson is seen talking to a depressed Kate Marsh about a recent video of her drunkenly making out with several boys at a Vortex Club party being leaked to which he insensitively remains ignorant of her emotions, saying that she brought bad treatment upon herself in some light. This leaves her in tears, possibly causing her suicidal thoughts. He later conducts a lecture about Ying and Yang photography in class before he is interrupted by another student, Zachary, with news that Kate Marsh is attempting to commit suicide.

After the incident, Jefferson is seen at the Principal's office alongside Max, Nathan Prescott, David Madsen and Principal Wells himself. Max has the option to blame him for initially being ignorant of Kate's feelings about the situation, which causes his suspension from appearing at the "Everyday Hero" contest. If Max chooses to blame Jefferson for Kate's death, he and Principal Wells are seen arguing heatedly in the credits, ending with Jefferson storming off angered.

Max and her best friend Chloe, while sneaking around past curfew at Blackwell, hide and overhear a conversation between Mr. Jefferson and Victoria regarding the "Everyday Hero" contest. Victoria tries to convince him to make her the winner through subtle flirting, but after refusing her request, she resorts to blackmail, threatening to tell everyone at Blackwell that he made a deal to make her the winner in exchange for sexual favors. This only angers Jefferson more into refusal, thus cutting the conversation off and frustrating Victoria.

During this episode, he can be seen talking to Principal Wells. Jefferson spots Max and Chloe at the Blackwell Campus in their hunt for evidence against Nathan. He is introduced to Chloe and asks her why someone as cool as her doesn't attend Blackwell any more. He then tells Max that he's announcing the winner of the "Everyday Hero" contest at the End of the World Vortex Club party.

Partway through the episode, Max and Chloe finally come across the Dark Room and discover the shelf of Jefferson's previous victims, and even notes apparently written by Nathan's father Sean Prescott. They also realize that Rachel was one of the victims and find her body buried in the junkyard. Still believing Nathan is behind this, Max ad Chloe head back to the school to get even.

Jefferson later sees Max and Chloe at the party discussing the whereabouts of Nathan and suspiciously comes over with news that he's just about to announce the "Everyday Hero" winner. After going up on stage and calming everyone down, he reveals that Victoria is the winner of the contest. Max expresses her disgust over Victoria's cheating, but Chloe doesn't care and takes Max to the dormitories to look for Nathan.

After their unsuccessful search, Chloe receives a text from Nathan Prescott telling her that he will dispose of Rachel Amber's remains. In a state of panic, Max and Chloe drive to the junkyard to check on Rachel's remains. As Chloe looks at them again, Jefferson quietly stabs a distracted Max with a drugged syringe, preventing Max from rewinding time and warning Chloe. Jefferson then proceeds to shoot an unprepared Chloe in the head, killing her instantly. He is last seen standing over Max, glaring ominously down at her, thus unveiling his true evil intentions and his involvement in Rachel Amber's death.

The episode opens with Max being tortured in the Dark Room, along with Victoria if the player successfully warned her. Jefferson reveals that he was onto Max and Chloe due to the surveillance of the Dark Room and later reveals he killed Nathan to frame him for his crimes, using Nathan's phone to lure Max and Chloe. Max is able to use a photograph to travel back to the beginning of the game, during which she uses her knowledge of the future to expose Jefferson's crimes to David Madsen, getting Jefferson and Nathan arrested.

In the alternate week, Max discovers the coming storm is still a threat and ends up back in the original timeline, where she wakes up in the Dark Room, discovering Jefferson has also killed Victoria and intends to do the same to Max. David Madsen, having investigated the Dark Room on his own arrives but Jefferson kills him in the ensuing fight. Max uses her time travel abilities to distract Jefferson and even help Madsen in the fight, before subduing him. Should Max reveal what happened to Chloe, Madsen will shoot Jefferson in retaliation. Eventually, Max uses a selfie to go back to the Vortex club party and warn Chloe about Jefferson in advance. In that timeline, they go to Madsen who gets the police to discover the Dark Room and arrest Jefferson, but Nathan has already been killed.

The altered timeline takes Max back to the storm with Chloe. Max is given the choice to go back to the beginning and sacrifice Chloe to stop the storm or allow the storm to pass and save Chloe for good. Should the player allow Chloe to die, Nathan's crimes are discovered as well as Jefferson's involvement, leading to their arrest. Should the player save Chloe, the storm passes through Arcadia Bay, Jefferson's fate being unknown but presumably being among those who died in the storm.

Mark Jefferson is a calm, mild-mannered and charismatic man, but can be pretentious, wrathful and capable of killing someone in cold blood, even if the victims are only teenage girls. He tries to inspire his students as he claims his photos are works of art and is almost always quoting famous people, as he's concerned about the talent and photos of Max, although he didn't show any remorse at the moment of drugging, abusing and hurting her. He mainly specializes in dark photos of sexualized young women and domination, replicating his work through his photography of the young women he kidnaps.

As for his tastes, Mark Jefferson is a cultivated man and an expert at the 1990s photography style; in fact, in the Blackwell's school pamphlet, there is an entire page dedicated to him. Max Caulfield says on one occasion that he is very neat, tidy and even faddish, as is seen in Chapter Five, when Max kicks the table and wets the photos with anesthetics. Jefferson also despises "selfies", seeing them as a waste of time and talent.

In Episode 5, he mentions that he and Rachel Amber had a connection, but Nathan Prescott gave her an overdose. That fact was never demonstrated due to the fact that a word of a narcissistic psychopath should never be trusted.

Mark Jefferson was indeed a psychopath in every sense of the word, showing traits such as narcissism, apathy towards his victims, talent at manipulation and superficial charm. 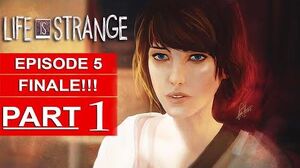 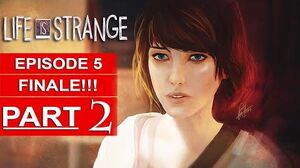 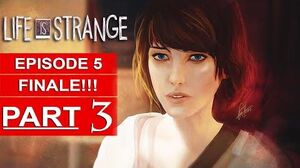 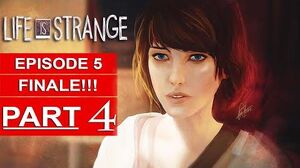 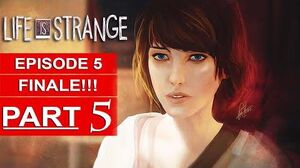