Psychopathic Criminal
Mark Pierson is the main antagonist of Disney's 1972 live action film Napoleon and Samantha, despite his small role. He is a dangerous psychopath who has escaped from a mental hospital and wants to kidnap Napoleon Wilson and Samantha.

He was portrayed by Rex Holman.

Surprised by the arrival of the children and Major, Danny immediately inquires about the adults back in Grantville. After introducing the children to Mark, Danny discovers that Napoleon and Samantha have run away. As he has no telephone, Danny asks Mark to look after the children while he goes to town to inform Gertrude that Samantha is safe. Gertrude refuses to speak with Danny, however, and summons the police, who arrest him.

At the station, Danny is compliant until he spots a wanted sign for Mark, who happens to be a dangerous psychopath that escaped from a mental hospital. When the police refuse to listen to his warnings, Danny breaks out, steals a motorcycle and leads the police on a wild chase back to his cabin.

Upon arriving there, Danny overpowers Mark and finds Napoleon and Samantha tied to chairs after Mark has tricked them into playing a game with him. The kids question about the police arresting Mark and Danny tells them that he's sick as the police drive off with him back to the hospital.

At first glance, Mark presents himself as a kind and helpful individual who likes kids. However, it is later revealed that he is a cruel and homicidal maniac who has escaped from a mental hospital and wanted to kidnap Napoleon and Samantha. As shown on his wanted poster, he had several jobs and was convicted for assault and burglary after his escape. 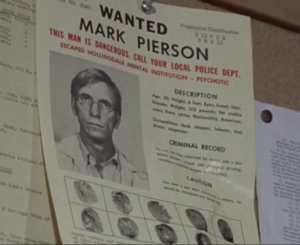 Mark's wanted poster
Add a photo to this gallery 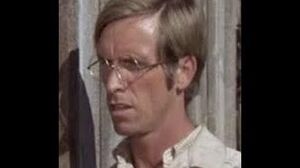 Retrieved from "https://villains.fandom.com/wiki/Mark_Pierson?oldid=3985236"
Community content is available under CC-BY-SA unless otherwise noted.