Power over the element of flower

Looking after a rose.

Marluxia is a member of the original Organization XIII and a major antagonist of the Kingdom Hearts video game franchise. He wields a scythe and the power of flowers, which represent death as opposed to how they represent Cure magic in the games for all the other characters. Marluxia, along with Larxene, another Organization XIII member, schemes to overthrow Xemnas, with the help of Sora, so they can become the leaders.

At an unknown point in time, Lauriam succumbed to darkness, turning his heart into a Heartless. However, his will was so strong it left behind a Nobody, who was recruited into the Organization by Xigbar and Xaldin.

Marluxia appears as a playable character in Kingdom Hearts 358/2 Days, and teaches Roxas a few things about fighting.

After the events of the first game, Sora, Donald, and Goofy are wandering a long road. In the middle of the night, a hooded Marluxia appears and leads them to Castle Oblivion. Once inside, he takes all of their memories, and puts them into cards, weakening the party. He then teaches them how to use the cards, and then leaves after giving them a card that allows then to revisit a world from their memories.

As the game goes on, it is discovered that Marluxia has gotten fellow members of the Organization Axel and Larxene to help him conspire against the leader of the Organization, Xemnas. To do this, he wishes to use Naminé to twist Sora's memories, turning him into a slave of the Organization, so that the power of the Keyblade could be theirs. However, Vexen is killed by Axel after his defeat against Sora to prevent him of revealing their plans, Larxene is killed by Sora, Goofy and Donald, and Axel betrays him, leaving him the last person in the conspiracy.

Sora makes it up to the floor with Naminé, and after a short talk Marluxia reveals himself, and demands that Naminé use her powers to crush Sora's heart, but Naminé refuses, and Marluxia cfights Szora. Sora is able to overpower him, but he then reappears and reveals that the Marluxia he fought was an illusion and flees into the highest room in the Castle, awaiting Sora with a reaper machine to help him fight. After that he fights Sora with an angel-like Nobody, which is the ultimate proof of his powers. In the end, Marluxia still falls at Sora's hands.

Marluxia's spirit remains as a special kind of Nobody, called an Absent Silhouette, and manifests itself inside the Beast's Castle in the Beast's room after Sora convinces the Beast to take back Belle and the rose from Xaldin. If Sora chooses to investigate the Silhouette, Marluxia reappears and engages Sora in a hectic rematch, but is defeated. A data replica of Marluxia also appears in the Cavern of Remembrance.

Marluxia returns in Kingdom Hearts III as part of the real Organization, despite his attempts of overthrowing the original. His eyes are now golden, therefore implying that he has become a vessel of Xehanort. He first appears in Corona, offering to help Gothel find Rapunzel. Later, he appears to Sora and reintroduces himself, and comments on their past encounter, even though Sora has no memory of it. He then claims that the Organization seeks to compliment the light, and that Rapunzel is the light of Corona. Later, he kidnaps Flynn, then ties him to a boat with Rapunzel's crown in matter that made it look like he was abadoning her. He then confronts the Princess and claims that Flynn has robbed her. Rapunzel doesn't believe him and runs, only to encounter Gothel who dispatches Marluxia's nobodies. Rapunzel, now starting to believe Marluxia's lies, returns to Gothel, in tears. Marluxia then confronts Sora and reveals that Gothel keeps Rapunzel prisoner, and that this serves Xehanort's goals by "preserving" her, because she is one of the seven new Princesses of Heart. Sora tries attacking Marluxia, but he knocks Sora out. Later, after Gothal disentigrates, Marluxia transforms her remains into a heartless 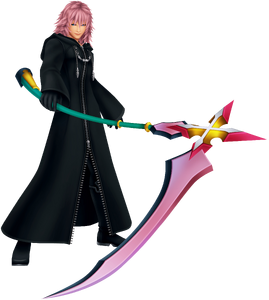 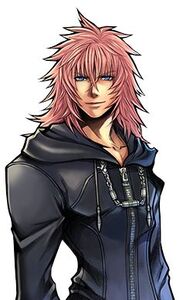 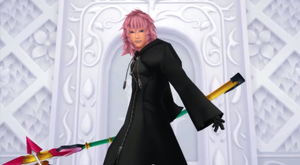 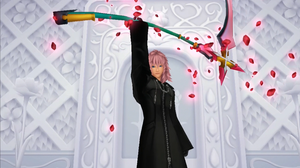 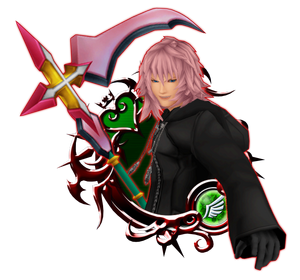 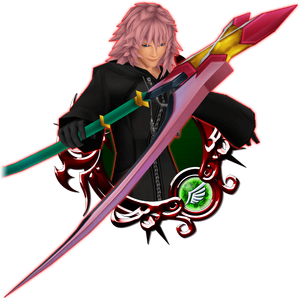 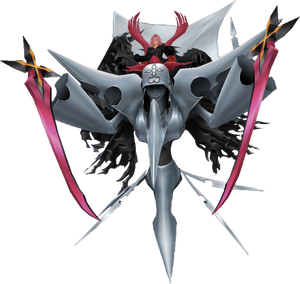 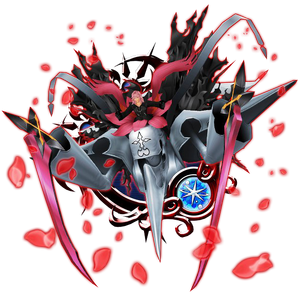 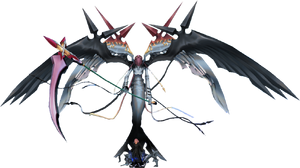 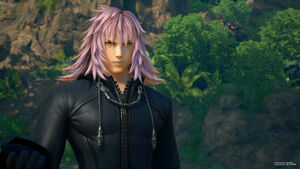 Marluxia in Kingdom Hearts III
Add a photo to this gallery

Retrieved from "https://villains.fandom.com/wiki/Marluxia?oldid=3497037"
Community content is available under CC-BY-SA unless otherwise noted.