Marmo is one of the members of the Selfish Trio and the only woman in the group (since Lust died before the events of the series, and until Regina appeared). She first appears in episode 1.

She is voiced by Atsuko Tanaka in the Japanese version, and by Carrie Keranen in the English version.

As she first appears in the first episode she apparently helps her partner by summoning a Jikochuu like Ira. She also has bat wing-like objects behind her ears like the rest of the Selfish Agents.

She wear red glasses-like, which would prevent people from guessing who it was, but however Cure Diamond knew who it was. She had a long dress, which would open about halfway to her legs, she had black legs, and red arms. She carried a fan, which would be used for an attack. She had the same hair, and bat wings behind her ears, however the large bat wings, only appeared on her introductory pose.

Marmo, like the other members of the Selfish Trio, haves a power to turn people's selfish thoughts to monsters called Jikochū. She can also create a purple whip to chain and bind her enemies.

As Cutie Madame, she had attacks, but none of them were named. 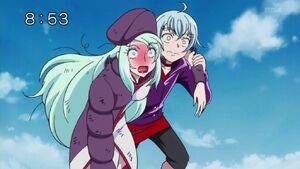 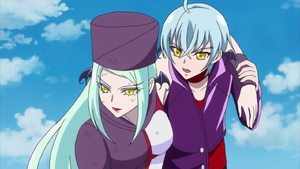 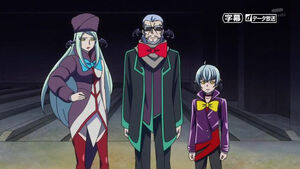 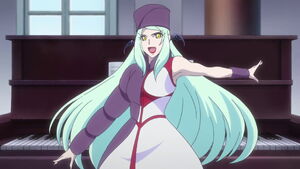 Marmo in the movie opening 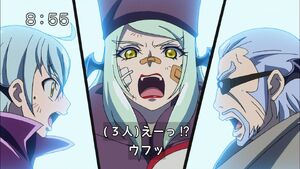 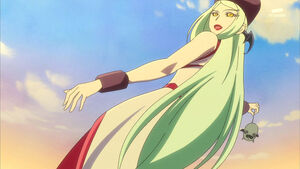 Marmo is leaving with Bel, who has turned into a mouse.