Villains Wiki
Register
Don't have an account?
Sign In
Advertisement
in: Spoilers, Articles under construction, Arrowverse Villains,
and 62 more

CEO of Wayne Enterprises (both formerly)

Tormenting his mother and half-sister.
Obsessing over the Joker.

Make his mark on Gotham by putting smiles on their faces.

Get out of his mother's thumb by taking over Wayne Enterprises from his sister (both succeeded).
Kill Jada Jet, Ryan Wilder/Batwoman, and the Bat Team.
Kill everyone in Gotham City and leave the rest with smiling faces (both failed).

The son of powerful businesswoman, Jada Jet, and the maternal half-brother of Ryan Wilder/Batwoman, Marquis is a sexy playboy who grew up in a lavish lifestyle and is too charming for his own good as he wields his power with a ne'er do well attitude. When he was a child, Marquis had a run-in with the the Joker and his personality was forever changed, causing him to find delight in the suffering and terror of others, which can only be kept in check by his mother. Years later, when he meets Ryan, he sees in the right opportunity to make his mark on Gotham by manipulating her into giving him Wayne Enterprises.

Marquis was born in 1994 to Jada and Franklin Jet. Sometime after his birth and before August 1994, Jada had a secret affair, after which she disappeared for nine months straight for unknown reasons. Marquis heard from his various nannies gossip about Jada's affair, along with her and Franklin not being on speaking terms for a full summer, which led him to deduce he had a secret half-sibling.

In 2003, during a school field trip, Marquis' school bus got hijacked by the Joker. At some point, Joker placed his electric joy buzzer on Marquis' head and sent an electrical charge through his brain, causing serious damage. Although the incident ended with Marquis coming home safely, he wasn't the same afterwards and developed anger issues and sociopathic tendencies.

Shortly after the incident, Marquis used a magnifying glass from his science kit to concentrate sun beams and kill a colony of ants. In August 2008, Marquis and Jada argued about him not wishing his father a happy birthday. Marquis argued that he wrote him a card, but Jada insisted that since Franklin was overseas, it would mean a lot to him if he made him a birthday message. Marquis became angry and threw a vase at the camera and his mother. In August 2011 during a family camping trip, Marquis put peanut butter in a burger which he gave to his father, knowing that he was highly allergic. Marquis slowly watched his father slowly die from an allergic reaction as Jada tried to desperately dave him, all the while he recored the event for his own amusement.

Over the years, Jada spent millions of dollars trying to cure Marquis' condition without his knowledge, but to no avail. In adulthood, Marquis would join his mother at Jeturian Industries, working his way up to the position of Executive Vice President. In truth, Jada secretly used this as an excuse to keep a closer eye on her son until she could cure him without him finding out.

During a meeting between his mother and Ryan Wilder, Marquis came in and introduced himself to his half-sister. Interested in Ryan's activities, Marquis visited her at Wayne Enterprises and told her more of her history and how he found out. Before leaving Wayne Enterprises, Marquis offered Ryan a deal as he wanted to step out of his mother's shadow and go off on his own by them working together.

As a child, Marquis was once kind, caring, polite, cheerful, and innocent. But after the Joker placed his electric joy buzzer on Marquis' head and sent an electrical charge through his brain, he became short-tempered and hot-headed to the point of having an anger issues. He had also become sociopathic, enjoying the pain and misery of others. This included putting peanut butter into a burger he gave to his father, who was highly allergic, for no reason at all other than for his own personal amusement. He even disregarded his death and continued laughing while holding the camera as his mother tried to save him. He also had no guilt, shame or remorse for causing his father's death.

As an adult, he initially displayed himself to be kind, caring, polite, cheerful, carefree, and laid-back, wishing to get to know his younger maternal half-sister Ryan Wilder. But this was ultimately nothing more than a façade. In truth, Marquis is actually a cold, cruel sadistic, and ruthless sociopath who lacks any form of empathy, compassion and sympathy to the point he felt no regard for killing any individual (even if innocent) who gets in his way or if they become a threat to him. Due to his lack of empathy, he doesn't get offended when someone betrays him, even if it's family. He also finds other people's troubles and pain quite amusing.

The Joker's trauma brought about in Marquis left vague in what it truly affected in given his own claims. However, one thing that was certain is that despite what the clown did to him as a child, he went on to idolize his actions. He believed that the Joker was the only one to truly enjoy life in Gotham. This means he feels that he has to put a smile across everyone's faces; this includes doing so for some of his murders, both smiling himself and forcing his victims to do so.

He views life as one big joke and that sense of recklessness has a tendency to clash horribly with his mother, Jada. Marquis hides his malice behind humor, but he is someone that shouldn't be crossed. Reckless, volatile, and with a proclivity for lashing out when triggered. 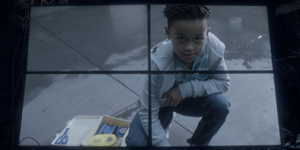 Marquis (as a child) beginning to show sociopathic tendencies by burning ants. 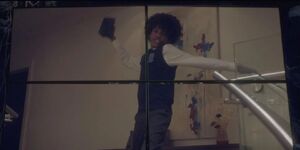 Marquis (as a child) showing his violent outbursts. 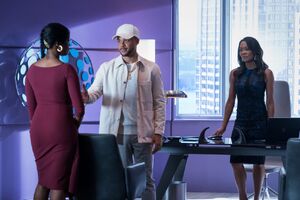 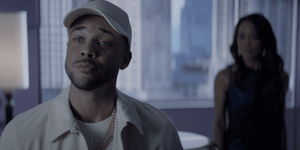 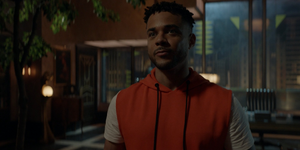 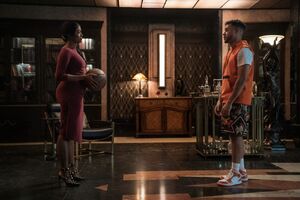 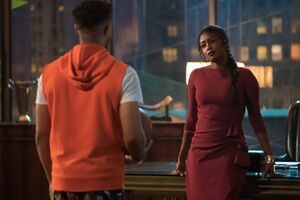 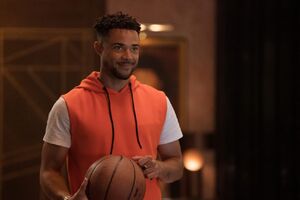 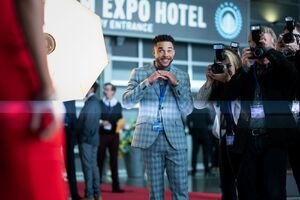 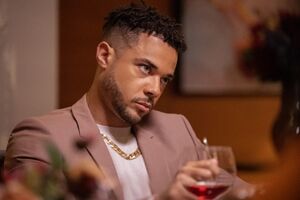 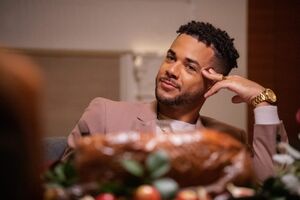 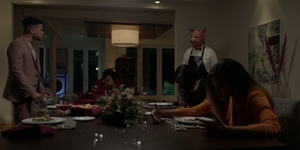 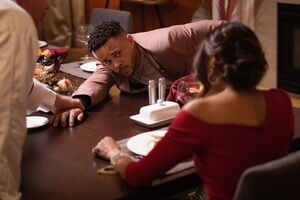 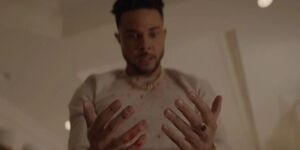 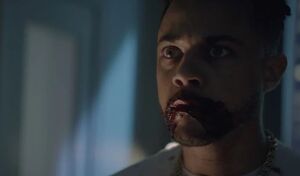 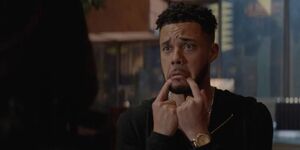 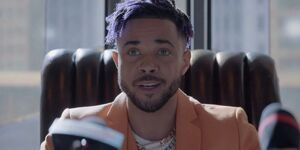 Marquis as the new CEO of Wayne Enterprises. 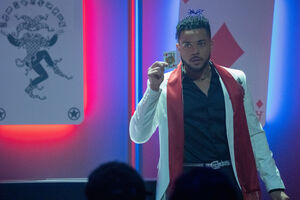 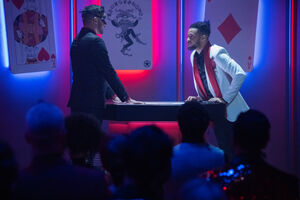 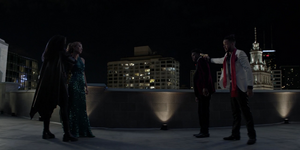 Marquis and Batwoman stand off with Mary and Luke. 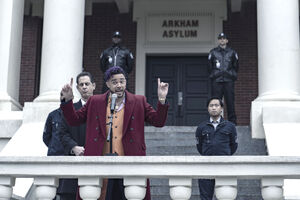 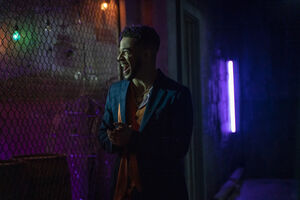 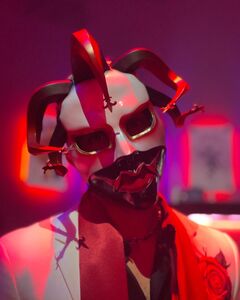 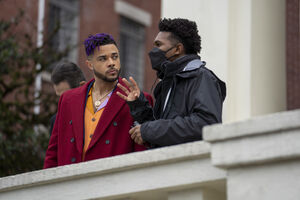 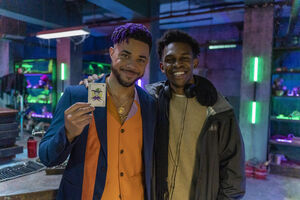