Torturing any that get in his way.

The Marquis of Death (real name: Clyde Wyncham Jr.) is a supremely powerful supervillain from Marvel Comics. He is considered by many as one of the most powerful entities to ever be created by Marvel, this is a bold statement in a multiverse populated by innumerable reality-warpers and cosmic-entities, but is largely supported by the events that took place in the saga that involved this infamous entity.

The Marquis of Death's involvement in current Marvel lore is unknown but as of his defeat in the original saga he is not deceased but rather imprisoned in a mysterious room. It took the combined efforts of almost all of the heroes and villains in Marvel and an alternate version of himself to weaken the entity sufficiently for Doctor Doom (himself greatly amplified) to strike the final blow and end the Marquis of Death's reign of terror upon the multiverse as a whole.

The Marquis of Death is a deeply cruel and wicked entity driven by a desire to "punish" others, yet in reality he is simply a sadist who enjoys mass-murder and torture, the definition of a "mad god", while it is extremely common for reality-warpers to gain this mindset due to the omnipotent nature of their powers the Marquis was exceptional in his cruelty and made a game out of mental, physical and spiritual torture of heroes and villains alike, warping reality in horrific ways and offering false deals to bait heroes into impossible odds (for example demanding Reed to allow his own son, Franklin, to die in order to "spare" the rest of reality).

The Marquis of Death is a reality-warper of near-omnipotent might and has displayed abilities such as: 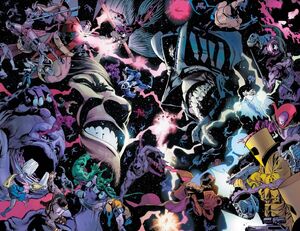 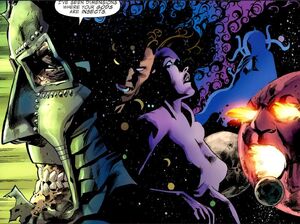 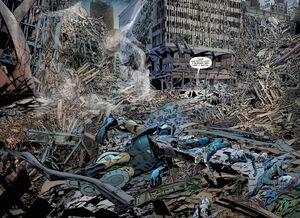 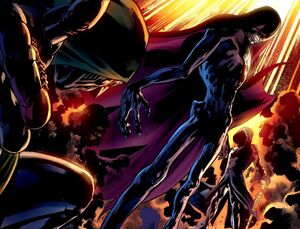