Tragic Nihilist
Martha Wayne also known as the Joker, was a supervillain in the Flashpoint timeline and an alternate incarnation of the original Joker. She often operated with an MO relating to comedy-related crimes.

She had initially been Martha Wayne, the mother of Bruce Wayne, who would have become Batman. Unfortunately, a twist of fate occurred after Barry Allen, aka the Flash, changed the timestream, which resulted in her and her husband Thomas Wayne surviving Joe Chill's fateful ambush, but their son dying as a result. This ultimately broke her, driving her completely insane from grief and having her adopt the identity of the Joker, as well as committing various crimes in Gotham, and also resulting in Thomas becoming a violent vigilante known as Batman in an attempt to stop her.

By the time of the Flashpoint saga, she had kidnapped the twin sons of Harvey Dent without leaving a ransom note. She then, at her hideout of Wayne Manor, manipulated Commissioner Gordon into shooting the daughter by dressing her up in a Joker outfit, and then murdered the Commissioner. Eventually, Batman arrived, and she proceeded to bludgeon her former husband with a hammer, an action Batman willingly endured for a chance at getting a glimpse of the remaining psyche of his former wife. Ultimately, he managed to temporarily get through to her, and revealed that they may have a chance of undoing the events that happened, although it may result in their deaths. Martha accepted, although upon learning what will become of Bruce (that he'll become Batman, like his father), she goes insane again and commits suicide. 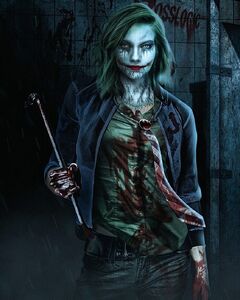 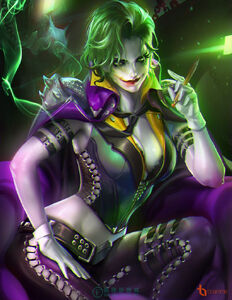 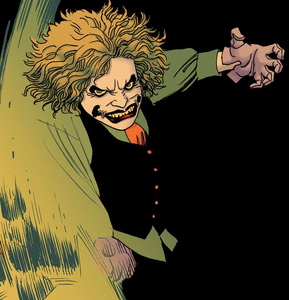 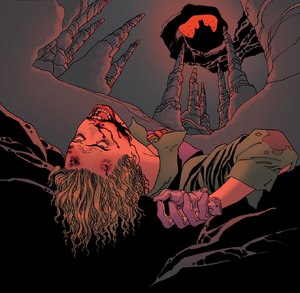 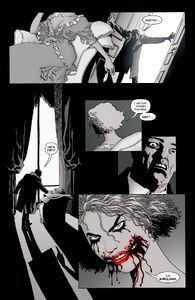 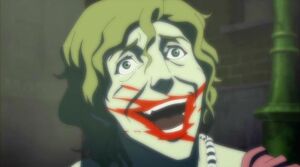