Villains Wiki
Register
Don't have an account?
Sign In
in: Mature, Contradictory, Evil Vs. Evil,
and 19 more

Get revenge on all the people who bullied him and were responsible for his disfigurement (Succeeded).

Martin "Marty" Rantzen, also known as "The Jester", is the main antagonist of the 1986 horror film Slaughter High.

The day begins with a popular student, Carol Manning, jokingly asking Marty Rantzen, the school nerd, to have sex with her in the women's locker room. After he removes his clothes, Marty is surprisingly exposed to a group of students who tease him in several ways, including jabbing at his crotch with a javelin, giving him an electric shock and dunking his head into a toilet bowl. The prank ends when the students' coach comes in to find out what is happening.

Upon Marty's return, the set-up works, causing Marty to panic, and a great fire to erupt in the lab after he knocks over a Bunsen burner. In the struggle, Marty accidentally bumps into a shelf where a precariously placed jug of acid sits, causing the jug to fall and break, which splashes acid on Marty's face, leaving him horribly disfigured. The sound attracts the attention of the students, who stand by the door in shock. He was sent to the hospital and had to be in surgery for six months, but the doctor said Marty will never recover from his injury and that he will never be fit for human company again. He then decided he had enough and vowed to get revenge on every single one of bullies if it was the last thing he ever did.

Soon thereafter, the friends begin to die in gruesome ways at the hands of a mysterious killer dressed like a jester. One's stomach explodes, one melts away in an acid bath, one is impaled on a javelin, one is chopped up by a riding lawn mower. They quickly come to believe it is Marty, deranged and bent on revenge. All of the former students wind up dead. Marty then hallucinates them coming back as ghosts and the film closes with Marty apparently going insane and passing out. Someone must of found Marty while Demolition thinking he was a victim to the massacre, Marty is shown in a hospital at the end being taken cared of by a nurse and a doctor nearby. 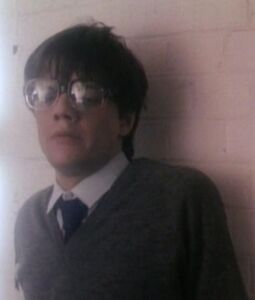 Marty Rantzen before his disfigurment. 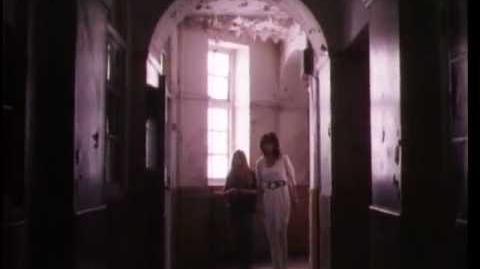