Ability to age people by touching them

Get revenge on Peabody (succeeded).

Marv is a minor antagonist in the TV series Gotham. He is introduced in the third season as one of Fish Mooney's henchmen. His involvement with her schemes is one of many factors that led to Ivy Pepper becoming a super-villain.

He was portrayed by Victor Pagan.

Together with Fish, another henchman and Selina Kyle, Marv enters a secret research facility where he ages a researcher to death. He escapes when James Gordon arrives.

Later, after Fish's men have kidnapped Peabody and brought her to an abandoned warehouse, Marv alongside other experiments watch when Fish interrogates her. Afterwards, Fish introduces Peabody to Marv and asks whether she recognizes her creation. Marv, who is wearing gloves to prevent killing accidentally, removes said gloves and touches Peabody, aging her until she drops to the ground dead. Moments later, Ivy Pepper is found spying and is captured. Fish orders Marv to deal with her and Marv pursues the escaping Ivy into the cellar. Although he is able to grab Ivy, she is able to wrenches free but stumbles of an edge. She falls into a broken sewer pipe and is immediately flushed away by the current.

Together with Fish, and fellow monsters Sid and Nancy, Marv heads to the mansion outside of Gotham where Strange is held. After the police arrives, Fish is forced to take Detective Bullock as a hostage. Moments later, Penguin arrives with a horde of angry citizens, ready to lynch Fish. When the mob breaks through the barricade, Marv tells Fish that they should flee through the backyard and head for the woods. Fish agrees and she, Marv and Strange head out while Sid and Nancy remain behind. While fleeing, the group is cornered by Cobblepot. As he only has business with Strange and Fish, he lets Marv go who flees after Fish nods permission. His current location is unknown. One could assume that he got arressted or killed.

Despite his small role, Marv does have a big impact because of what he did to Ivy. His transformation of her is the first of many factors that turned her into a super-villain. If he hadn't almost killed her, she likely would have remain young, and thus not evil. 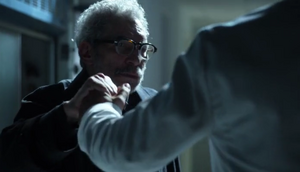 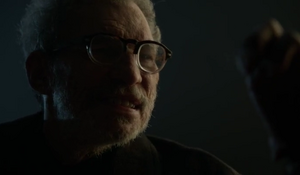 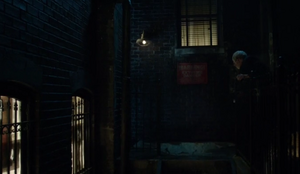 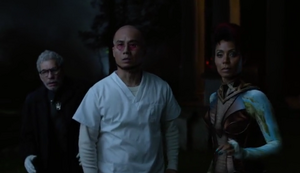 Fish, Marv and Strange are stopped by Penguin.