Trap Ib in the Gallery as to stay with her.

Mary is the main antagonist of the 2012 horror adventure video game Ib.

Mary has long blonde curly hair and blue eyes. She wears a one-piece green dress with a white collar, white cuffs and a white lace at the end. She also has a tie around the collar similar to Ib's, only hers is blue in color. She also wears long black stockings and brown shoes. When seen in her portrait, she is wielding a yellow rose with two hands.

Mary seems to be a cute, cheerful girl at first glance. She is also impatient, and often misunderstands things. As you come to know her, though, it becomes obvious that she is mentally unstable, which can be explained by the book Ib reads in the room with the bunnies/blue dolls.

Mary's behavior may be the sort of behavior her painter, Guertena, imagined her to be like. Also, note that Mary, even if she acts childish (which is usual for her age), shows that she is as mentally developed as Garry, an adult.

Mary is shown to dislike Garry since she may be jealous of him and wants to use him as a human that will replace her in the Fabricated World. However, Mary is two-faced and changes her mood and relation to anyone instantly, but this is the result of her waiting for freedom. Even she doesn't show it, Mary trusts Garry which is seen in the new ending Painting's Demise where she calls for his help.

It is unknown how old Mary is, but it seems that she's 9 years old like Ib.

Mary at first seems to be a shy little girl that ended up in the distorted world with Ib and Garry, but in actuality, she is actually just another painting that took on a life of its own. She was one of the works of Guertena. She's the only painting that's implied to not be based off any other person. When Garry discovers this, she goes to get him. She is then killed if her painting is set on fire. It was then stated that she was actually very lonely, and wanted company and wanted to leave that world. She tried to have Garry take her place so she could leave with Ib. 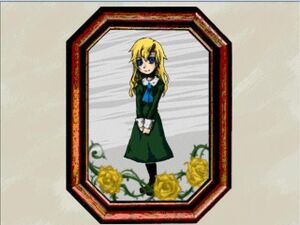 Mary as a painting. 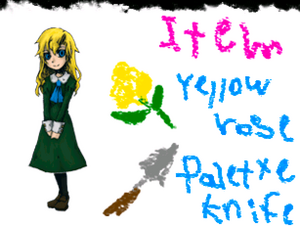 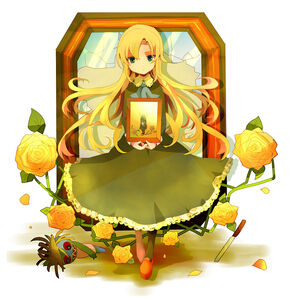 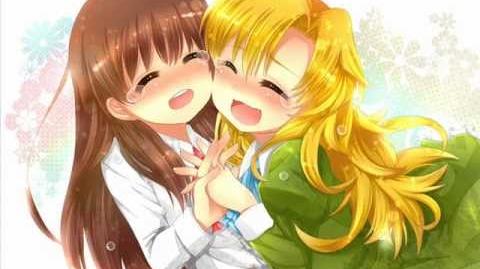 Retrieved from "https://villains.fandom.com/wiki/Mary_(Ib)?oldid=3994644"
Community content is available under CC-BY-SA unless otherwise noted.