To get someone to uncover the truth of her disappearance, find her corpse and give it a proper burial (succeeded).

Mary Banner is the titular antagonist of the 2005 horror film Urban Legends: Bloody Mary. She is the vengeful spirit of a teenage girl that was murdered in 1969.

She was portrayed by Lillith Fields.

Mary Banner was born in Salt Lake City, Utah in 1951. She attended Worthington High, where she was well-liked by everyone in school.

18 years later in 1969, Mary and her two friends attended a homecoming dance at Worthington High School with a couple of football players. During the dance, their dates spiked the punch and attempted to abduct them. Mary, not feeling the full effect of the drugs, fought back and tried to escape. Her date, Willy Owens chased her into a storage room and tried to calm her down. Just when she thought it was safe, Willy tightened his grip around her arm, and she panicked, biting his hand. Enraged, Willy struck her, which caused her to hit her head on the desk and fall unconcious. Thinking that he killed her, Willy hid her body in a storage trunk and kept it secret.

30 years later, Willy's stepdaughter, Samantha Owens and her two friends accidentally unleash Mary's restless spirit while attempting the Bloody Mary urban legend. That same night, three jocks drug and abduct the girls as a revenge prank for an article Sam published in the school newspaper. A day later, the girls return to their homes with no recollection of what happened.

The following days, a strange chain of murders involving Sam's abductors occur. Roger gets trapped in a tanning bed, Heather rips her face off in a fit of panic, Tom gets electrocuted after peeing on an electric fence, and Buck gets his throat cut by a broken alcohol bottle. The deaths force Samantha and David to start looking into the Homecoming Kidnappings and the Disappearance of Mary Banner. Through their investigation they figure out that two of the culprits were Buck's father, Coach Jacoby and Roger/Tom's father. They also discover that one of the girls abducted in 1969, Grace Taylor, was still alive and had also been visited by Mary's ghost. Grace explains to them that Mary wants them to find her body and bury it in the cemetery.

David looks in the Worthington High archives and finds pictures from the 1969 Homecoming, finally figuring out who killed Mary Banner. As he races home to tell Samantha, he is ambushed and killed by a man in dark clothing. Meanwhile, Sam and Grace drive to the school to find Mary's body. Mary helps lead Sam to the storage room where she was killed, but someone draws near. Sam breaks the lock on the trunk with a crowbar and carries Mary's corpse back to the van, all the time being chased by a man. As she drives away from the school, her father calls her on her cell phone and she tells him she's going to the cemetery to bury Mary's body. As she tries to dig through the frozen ground, the man in dark clothing approaches her, turning out to be her father, Bill Owens. Bill agrees to help her bury the body, but quickly double crosses her and hits her on the head with the shovel. Grace comes to the rescue by attacking Bill and gives Sam a chance to run away. Bill strikes Grace and turns his attention back to Sam. He gives chase, but doesn't find her, until Sam jumps on him from behind and starts attacking him, only to be thrown off and kicked. Bill then attempts to kill his daughter with the shovel, but Mary Banner distracts him with a kiss and pulls him into the hole, supposedly scaring him to death. The paramedics come and take Bill away to the hospital as a TV reporter explains that Mary Banner's disappearance had finally been solved.its very possible Bill was resuscitated and then finally arrested for his crimes and sent to prison and then Pam divorced him for his crimes including her son Dave’s murder and For the attempted murder of her daughter sam. 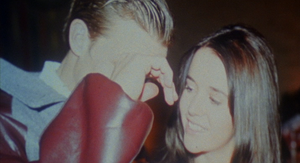 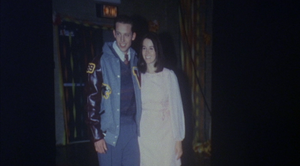 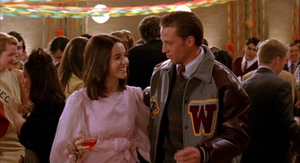 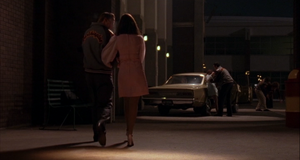 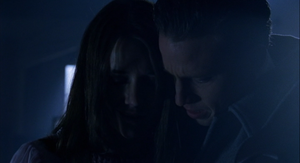 Willy tries to lure Mary into a false sense of security. 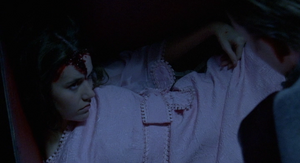 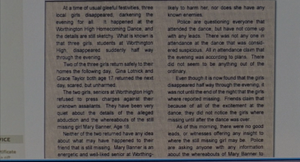 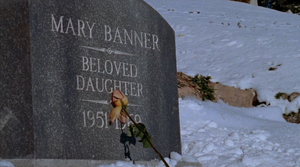 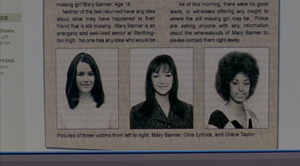 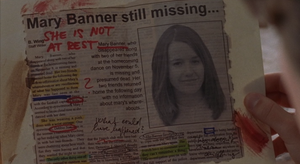 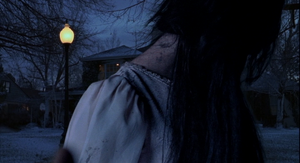 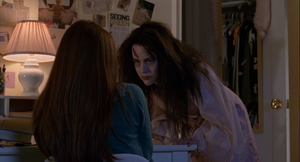 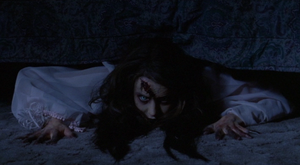 Mary comes out from under the bed to kill Buck Jacoby. 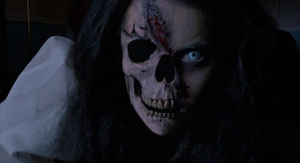 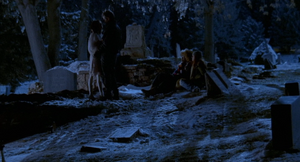 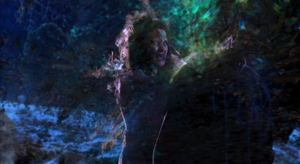 Mary kills Bill.
Add a photo to this gallery

Retrieved from "https://villains.fandom.com/wiki/Mary_Banner?oldid=3343114"
Community content is available under CC-BY-SA unless otherwise noted.