Queen of the Aliens

Sending her offspring to control the humans.

Control every human on Earth (failed) as to "improve" the world (succeeded).

Marybeth Louise Hutchinson is the main antagonist of the 1998 Robert Rodriguez horror film, The Faculty. She is the Queen of an alien species who came to Earth to control humans after her planet started to die. Unlike most Alien Invaders in fiction, she didn't truly have evil intent since she is convinced that she would improve the world if she managed to control it (In addition to the fact that she was trying to save her own water-based race from extinction, as their home planet's water supply completely dried up). Ironically, she ended up doing exactly that, as the protagonists' lives were in fact better (for instance, Casey defeated her and saved the school, thus becoming the town's beloved hero).

She was portrayed by Laura Harris.

In the past, Marybeth lived on a planet composed entirely of oceans (which would explain why the Aliens need water to survive). For unknown reasons, her planet started to die, so she decided to leave it and go to a new one.

After traveling to Earth by an unknown way, Marybeth arrives overnight in a small town in Ohio called Herrington. She goes to the local High School and encounters Coach Willis, then she infects him with one of her offspring. The Coach later manages to infect most of his colleagues in the High School, including Principal Drake.

The following morning, Marybeth enters High School by pretending to be a transfer student from Atlanta. She rapidly attempts to befriend a girl nicknamed "Stokes", with little success. She also apparently develops a crush on Zeke, a student drug dealer.

Later, two students named Casey and Delilah discover that the teachers are controlled by Aliens and try to convince Marybeth, Zeke, Stokes and Delilah's boyfriend Stan, but an infected professor comes and attacks them. However, Zeke manages to inject his homemade drugs into his eye, which apparently kills him.

The group then goes to Zeke's house, and they discover that the Aliens need water to survive, meaning that they can be killed by Zeke's drug since it's a diuretic. Zeke makes every member of the group take some of his drug to prove they are not infected, but Marybeth uses her shape-shifting abilities for faking to take the drug. However, Delilah is revealed to be infected, but she manages to escape after destroying Zeke's lab and most of his drug supply.

Soon after, the group returns to the school in order to kill the Queen Alien, hoping that this would make everyone back to normal. Believing that Principal Drake is the Queen, they manage to isolate her in the gymnasium and Zeke shoots at her with his gun, then Marybeth throws almost all the residual drugs on her, killing her. Stan goes outside to see if it worked, but then Coach Willis infects him. Afterwards, Zeke goes to his car along with Casey to retrieve more of his drugs, leaving Marybeth and Stokes alone.

While the two girls are discussing, Marybeth finally reveals herself to be the Queen and attacks Stokes. Casey returns to the gymnasium at that moment and sees Marybeth shape-shifting into her true form. Stokes and Casey flee to the swimming pool, but Marybeth manages to catch Stokes and infect her.

After retrieving some drugs, Zeke goes to the locker room and faces Marybeth (who reverted to her human disguise) and Stokes. They both attack him, but Casey comes to help him and manages to neutralize Stokes. Shortly after, Marybeth throws Zeke into a locker and renders him unconscious, making Casey the last human still active. Marybeth tries to convince him that if she takes over the Earth she will improve it, but Casey refuses to listen her. She turns back into her true form and attacks him, but Casey leaves the locker room and returns to the gymnasium. There, he tricks Marybeth into following him into the retracting bleachers and manages to trap her, then he unhesitatingly stabs the drug into her eye, killing her and all the other Aliens at the same time. 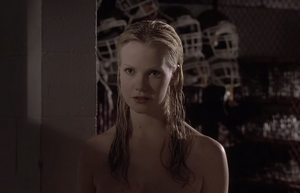 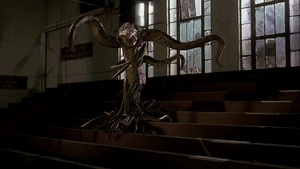 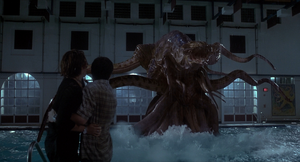 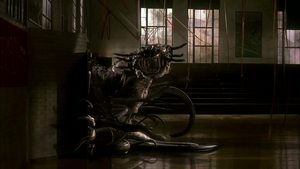 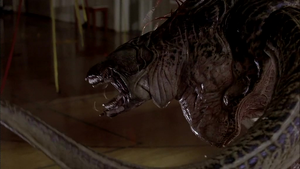 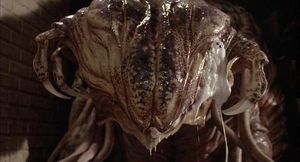 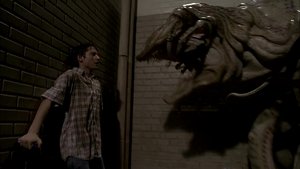 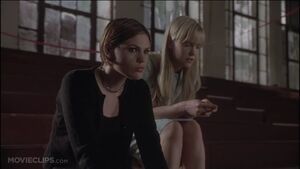