To be the greatest WWE divas chapmion

Maryse Ouellet is a WWE Diva and a two-time WWE Divas Champion who has competed as a villainess throughout her entire career.

Maryse was part of the 2006 Diva Search and debuted in September of that year, but it wasn't until 2008 that she officially became an active in-ring Diva. Maryse officially became an on-screen villainess and feuded with Deuce 'n Domino's valet, Cherry, which led to the duo dumping her for Maryse. She would later spend the remainder of 2008 feuding with Michelle McCool over the Divas Championship, and she would later defeat Michelle on the final SmackDown of the year to win the title for the first time.

Maryse was moved to the Raw roster in 2009, and began a feud with Mickie James over the title. Her title reign ended at Night of Champions when she was defeated by Mickie at the event. Maryse's first Divas Championship reign was the longest in WWE history until AJ Lee surpassed her in January 2014. She was off TV for months after the loss, due to having a (kayfabe) mental breakdown. In November 2009, Maryse returned to Raw dressed as The Gobbledy Gooker and attacked Divas Champion Melina in the ring.

Maryse went on to feud with Gail Kim in 2010, while both Divas were part of a tournament for the vacant Divas Championship. During the feud, Maryse insulted Gail in French, thinking that Gail wouldn't understand her. As it turned out, Gail was fluent in French, so she knew what Maryse was trying to pull. Maryse defeated Gail in the finals of the tournament to become the first ever two-time Divas Champion, but she would lose the title to Eve Torres in May 2010. After losing the title, Maryse later served as the valet/girlfriend to Ted DiBiase Jr and was the host of NXT during their fourth season in 2011. Maryse was released from WWE in October 2011.

On April 4, 2016, the evil Maryse returned to WWE and assisted her husband, The Miz, in defeating Zack Ryder to win the Intercontinental Championship, doing so by slapping Ryder's father. She appeared in Miz's corner on SmackDown three nights later and helped Miz retain the IC Title in a rematch against Ryder.

As a villainess, Maryse was high-maintenance, snobby, and very arrogant. She loved being the center of attention and she never hesitated to verbally trash other Divas. 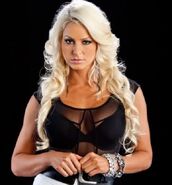 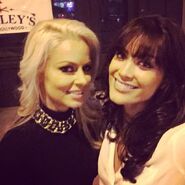 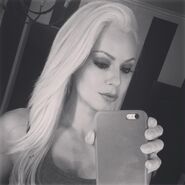 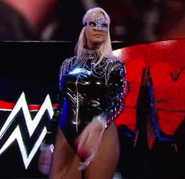 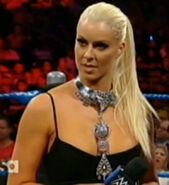 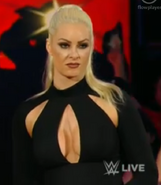 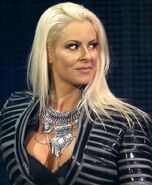 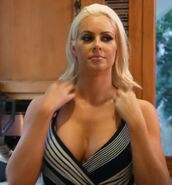 Retrieved from "https://villains.fandom.com/wiki/Maryse_Ouellet?oldid=3503285"
Community content is available under CC-BY-SA unless otherwise noted.