Member of the National Police Agency

Masahiko Minami is a scientist working with Smart Brain to turn Orphnochs into living weapons and a major antagonist in Kamen Rider 555.

A high-ranking official of the National Police Agency, Minami uses his position to help cover up trails that could lead to his experiments. He sees Orphnochs as creatures whose only purpose is to be experimented on and believes that if humanity accepts them then they will not be pure anymore.

He was portrayed by Atsushi Ogawa.

As the police investigate a massacre perpetrated by Yuka Osada, Masahiko Minami used his influence as a member of the National Police Agency to shut down the investigation, planning on using her for one of his experiments.

He later captures Yuka and electrocutes her as part of an experiment, ignoring complaints that it could kill her, as he considered her a "worthless life". After Yuka was saved by the Crab Orphnoch, Minami sent a squad of armored officers after her, Yuji Kiba and Takumi Inui.

Following Yuka's death, Minami's hideout is attacked by an enraged Kiba. Leaving his staff to die, Minami makes his escape, only for Kiba to chase after him and kill him, Before dying, Minami laughs at Kiba and tells him that the Orphnochs "can never win against humans". 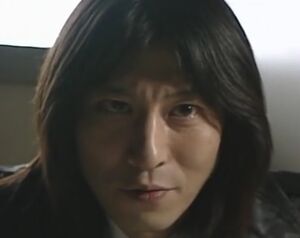 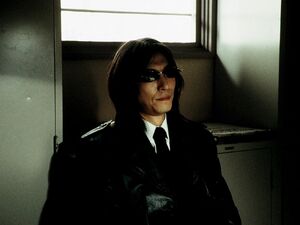 Minami shutting down a police investigation into the Crane Orphnoch's massacre. 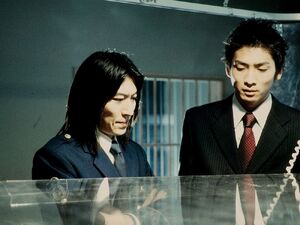 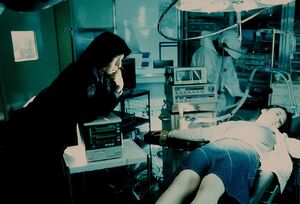 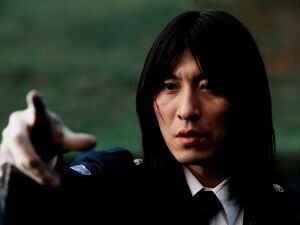 Minami after being chased down by Yuji Kiba.