Power Hungry Tyrant
Masakuni Mido is the Prime Minister of the Seito state of Japan and a major antagonist of Kamen Rider Build.

Like Yoshiko Tajimi, Mido seeks to dominate the entirety of Japan. However, unlike her, Mido is much more patient, willing to wait for the other nations to be weakened before choosing to strike.

He was portrayed by Norimasa Fuke.

Mido met with the other two Prime Ministers at their monthly scheduled meeting via hologram. Both Mido and Hokuto's Prime Minister Yoshiko Tajimi declined to make any actions towards unifying when the Prime Minister of Touto, Taizan Himuro brought it up.

He later met with the other two Prime Ministers again at a meeting where they discussed the issue of the Faust organization. Mido pointed out that Faust only seemed to be active in Touto, but Gentoku Himuro told both of them that Touto would deal with Faust and accused them of trying to scapegoat Touto.

When Hokuto launched an invasion of Touto, Mido decided to make his move. Knowing that most of Hokuto's military was directed towards invading Touto, Mido sent Seito's forces, led by Seito's own Kamen Rider, to invade Hokuto. The invasion proved a success, with Prime Minister Tajimi being captured and taken into custody.

Following the occupation of Hokuto, with the backing of Namba Heavy Industries, Mido declared war on Touto next. He broadcast a message to the Touto government displaying the strength of Seito's military. After Kamen Rider Rogue was defeated by Build in a proxy battle, Mido, though reluctantly, honored the terms of the battle and prepared to turn over the Fullbottles and Pandora Box.

However, this was against the wishes of Namba, who wanted to continue the war and conquer Touto. When Mido refused to play along, Namba had Blood Stalk kill Mido and transfer the Prime Minister's face onto him so he could take charge of Seito and wage war against Touto with the full might of Namba Heavy Industries.

In the new world creating by merging the World of Build into the main Kamen Rider timeline, Masakuni Mido was revived and mentioned in a news broadcast as being appointed by now Prime Minister of Japan Taizan Himuro to be his Minister of Foreign Affairs. 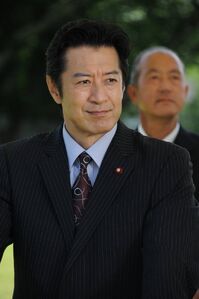 Mido before getting hit with the energies of Pandora's Box. 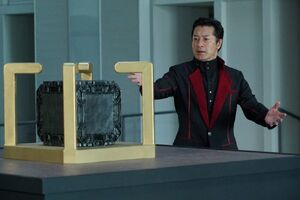 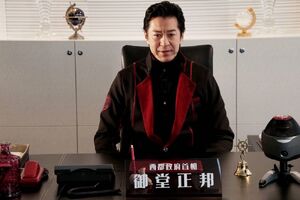 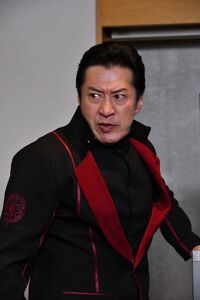 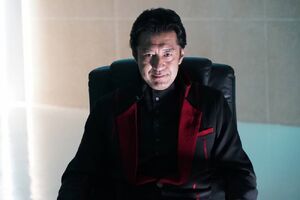