Villains Wiki
Register
Don't have an account?
Sign In
Advertisement
in: Cleanup, The Amazing World of Gumball Villains, TV Show Villains,
and 30 more

Being rude to others

To impress the other girls by "loving" Darwin (failed)

To be with Alan (failed)

On & Off Villainess
Masami Yoshida is a small white cloud with hollowed-out holes for her eyes and mouth and a supporting character in The Amazing World of Gumball. She has some episodes where she is an antagonist, due to her spoiled, rude, and vain personality. She is the spoiled-rich daughter of the owner of the Rainbow Factory, Mr. Yoshida, and Yuki Yoshida.

She is voiced by Jessica McDonald.

Being the spoiled daughter of the owner of the local Rainbow Factory, Masami is a bit of a snob. As a result of being so rich, she has a smug sense of superiority to her fellow students, taking every chance she can to show off. An example of this was in "The Pressure," where she forced Darwin to be her boyfriend to impress the other girls. She is seen throwing tantrums when she does not get her way, and threats to fire the parents of anyone who disagrees with and/or annoys her. Because a significant amount of the townspeople work at her father's rainbow factory, this threat could hold much weight.

She also seems to be narcissistic, being so obsessed with her appearance that she refuses to enter the pool for fear of her hair getting wet despite having no hair in the first place. More evidence of this was when she got jealous of all the attention Molly was getting for her treehouse. She immediately directs their attention to herself and starts showing off, bragging that she has a boyfriend and they do not.

Masami does not seem to be able to take criticism well. When someone annoys or angers her, she sometimes gets gray and stormy and zaps whoever that person was with lightning. When she gets sad, she turns gray and starts raining, in other words, sobbing.

In "The Gift", it was revealed that Masami just wants to be treated like an ordinary girl, instead of royalty. 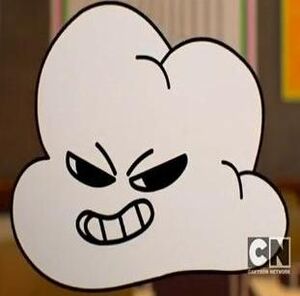 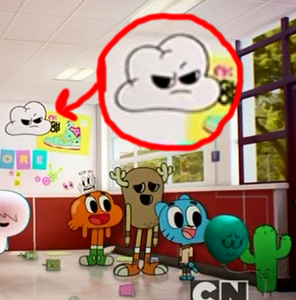 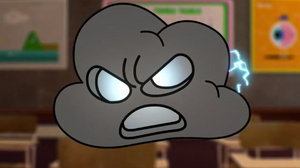