NOTE: This article is about the incarnation of Mason Verger from the TV Show adaptation of Hannibal. The mainstream version can be found here: Mason Verger.

Heir to the Verger Fortune

Kill and eat Hannibal Lecter with Will Grahm's face

He was portrayed by Michael Pitt (who also portrayed Justin Pendleton in Murder By Numbers, Harry Baker in Law & Order: Special Victims Unit, and Paul in the 2007 remake of Funny Games) in the show's second season, and by Joe Anderson in its third and final season.

Mason is the heir to a fortune left to him by his father, Molson, who founded a successful meat packing company. He takes sadistic pleasure in torturing and sexually abusing those weaker than him, especially children; he particularly enjoys making children cry and flavoring his martinis with their tears. As a young man, he ran a private Christian camp for children, founded by his father, and "took advantage" of the campers, whom he described as "poor unfortunate castoff boys and girls, who would do anything for a candy bar."

He reserves the worst abuse for his twin sister Margot, whom he has molested and degraded for years, at one point sexually assaulting her with a chocolate bar. Margot is helpless to fight back because Mason controls the family money; their father disinherited her after she came out as a lesbian, so if she ever wants to see her share of the Verger fortune, she has to do as Mason tells her.

Mason is eventually arrested for abusing children, but he uses his family's political connections to have the charges dropped. Instead of going to prison, he is sentenced to community service and court-mandated therapy. He gets the doctor involved in "something unethical" to make sure he is pronounced cured.

Margot eventually snaps and tries, unsuccessfully, to kill Mason. He sends her to therapy with Lecter, who tells her it would be cathartic to kill her brother. Mason tells her he wants to have a "Verger baby", the implication being that he wants to father his own sister's child. Desperate, Margot sleeps with FBI profiler Will Graham and gets pregnant. Mason retaliates by getting her into a car accident and having her womb surgically removed.

Mason goes into therapy with Lecter to find out what Margot is saying about him. Lecter takes an instant dislike to Mason, considering him "discourteous". Mason grows suspicious of Lecter and tries to feed him and Graham to his prize pigs. Lecter escapes, however, and kidnaps Mason. He feeds Mason a hallucinogenic drug cocktail and tells him to cut off pieces of his own face and feed them to Graham's dogs. Mason, in a state of drug-induced euphoria, does as Lecter tells him, and also obeys Lecter's command to cut off his own nose and eat it. Lecter then breaks Mason's neck with his bare hands, rendering Mason a horribly disfigured quadriplegic.

After Lecter is exposed as a serial killer and flees to Italy, Mason puts a bounty on his head. He enlists Lecter's ex-lover, Alana Bloom, to help him track Lecter down, and hires corrupt Italian police detective Rinaldo Pazzi to capture him. Mason's plans are briefly foiled when Lecter kills Pazzi, but he bribes other Italian police officers to capture Lecter and Graham and bring them to his Baltimore estate, Muskrat Farms.

Mason plans to torture Lecter to death and eat his flesh, and then have Graham's face cut off and grafted onto his own. However, Lecter kills Mason's right-hand man Cordell Doemling and escapes in time to prevent the surgery. Lecter then shows Margot how to "milk" the unconscious Mason's prostate for the sperm she needs to conceive a child with Alana, with whom she is in a relationship. When Mason regains consciousness, he tries to kill Alana, but Margot intervenes and holds him underwater in his pet Moray eel's tank; the eel then slithers down Mason's throat and suffocates him. 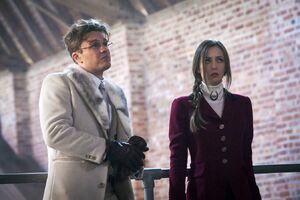 Mason and his sister Margot. 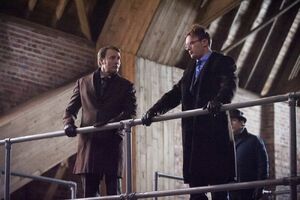 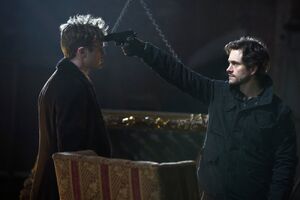 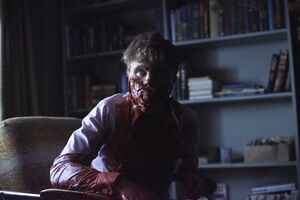 Mason slicing off his own face. 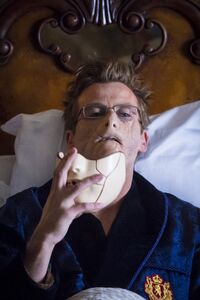 Mason after his disfigurement.

Mason suffocated by his pet eel. 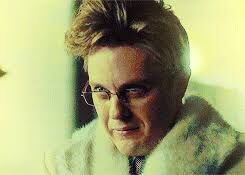 Mason's evil stare.
Add a photo to this gallery

Retrieved from "https://villains.fandom.com/wiki/Mason_Verger_(Hannibal_TV_Show)?oldid=4199127"
Community content is available under CC-BY-SA unless otherwise noted.