The Mass Media Murderer is a recurring antagonist in Family Guy. He is a serial killer who specifically targets members of the press, such as news anchors on account of his hatred for Dan Rather. He first appeared in "The Kiss Seen Around the World" and made his final appearance in "To Love and Die in Dixie", where he was killed.

He was voiced by Seth McFarlane. 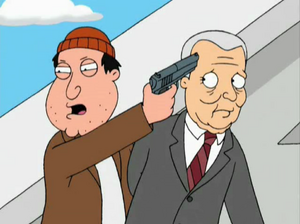 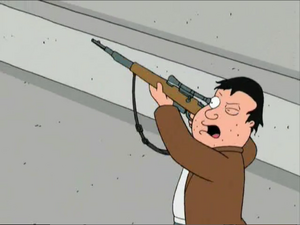 The Mass Media Murderer with a high-powered rifle. 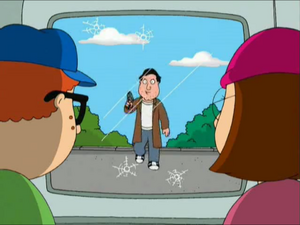 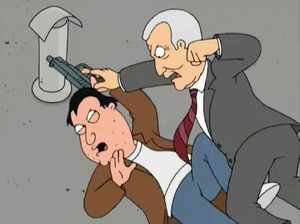 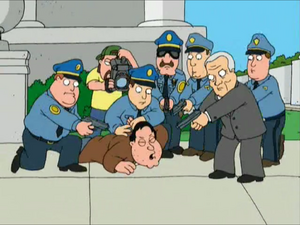 The Mass Media Murderer getting arrested. 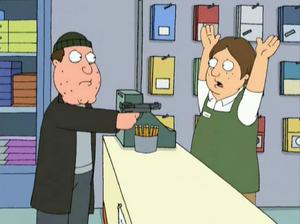 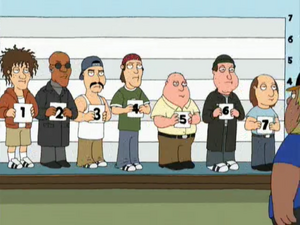 The Mass Media Murderer in a police lineup. 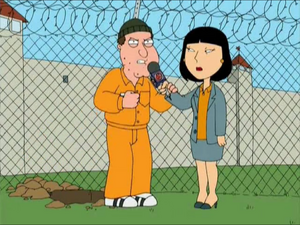 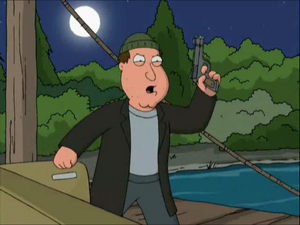 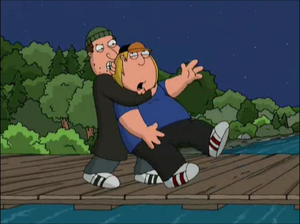 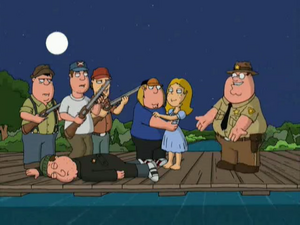