Member of the Sage Trinity

Master Albert is one of the Sage Trinity, the self-proclaimed rulers of the world and the main antagonist of Megaman ZX Advent. He created the Model W and wants to use it to destroy the world and recreate it in his own image.

Albert was a brilliant scientist, who met two other scientists as brilliant as him, Mikhail and Thomas. Together, they formed the Sage Trinity, in order to reconstruct the world after successive wars that almost destroyed the world. They had their bodies enhanced with mechanical parts so they could live for centuries.

At that time, Albert discovered the debris from Ragnarok, a satellite cannon created by Dr. Weil to destroy the world. He discovered that this debris was infused with Weil's hatred and evil, and from them he created the Model W, a biometal who fed from people's fear and could corrupt both machines and organic creatures. Wishing to use it to get humanity to a higher level of evolution, he starts a centuries-long plan to collect Model W's and reset the world.

Albert then starts his “Game of Destiny”: He uses his position at the Sage Trinity to infuse people and reploids who goes after legion with his own blood. This would be the key to find the Megaman chosen-ones. Albert then leaves a dummy body in his place at Legion, and hid himself to continue his plan. He then creates two reploid siblings, Prometheus and Pandora, and gives them one commandment: to find the Megaman chosen-ones and make them fight each other, to find the most suitable for Model W. To ensure the siblings wouldn't betray him, their bodies are infused with a portion of Model W, obligating them to return to their capsules for maintenance or they would die. Albert also creates a clone reploid of himself, in case he died during the plan, and a biometal named Model A, who had his entire plan on him.

Much later, Prometheus and Pandora confronts the fake Albert and kill him, and after they fight the Model A chosen one, their negative energies, coming from their deep hatred against Albert, are absorbed by the many Model W's, knocking them unconscious. Albert's plan all along was to make both the ultimate fuel to Model W. All the Model W's then merge together, creating the Ouroboros, the ultimate biometal, in the shape of a large ring-shaped flying fortress.

As the Model A Megaman make his way into Ouroboros, Albert confronts him and fights him. Albert transforms himself with the power of Model W, and reveals his plan to recreate the world. As Albert loses the battle, he merely acknowledges his defeat and explodes, and Ouroboros starts falling down and disintegrates, destroying the Model W's once and for all.

Albert never shows emotions, being calm and cold all the time. This obviously hides his insanity. As evidenced by his lines before the final battle, he also had delusions of godhood. Ashe implied that his insane personality and views were the result of Model W taking control of him.

His relationship with the protagonists is different: while indifferent towards Grey(being nothing to him but a potential vessel for his consciousness), he is more reluctant to fight Ashe (due to her being a distant relative). 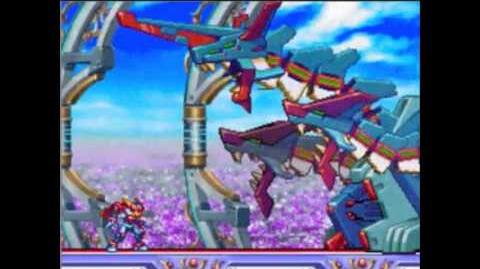 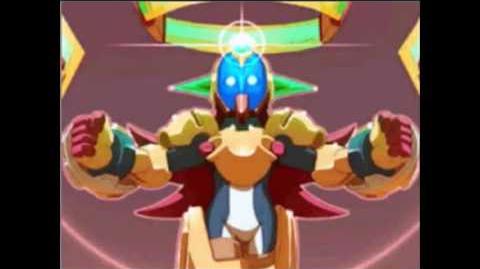