Make everyone around him, especially Unikitty, miserable (failed).

Master Frown is the main antagonist of the Cartoon Network series Unikitty!. He is Unikitty's arch-nemesis.

He was voiced by Eric Bauza, who also voiced Foop in The Fairly OddParents.

Not much is known about Master Frown's life prior to the series; what is known, however, was that he was born into negativity, and grew to despise everything happy. As such, he serves as a formidable foe for Princess Unikitty.

Master Frown is the antithesis of Unikitty; while Princess Unikitty strives towards staying positive, Master Frown revels in the suffering of others, sometimes taking it upon himself to ensure that everyone is just as unhappy as himself. However, his sense of unhappiness is simplistic such as drinking someone's glass of milk among other mundane acts. As such, he can be seen as a minor annoyance more often than not. Master Frown hails from the Unikingdom's neighboring Frowntown, in which he lives with a roommate named Brock. It's not too uncommon for the two to engage in minor quarrels.

In the episode "No Day Like Snow Day," Master Frown realizes that it was Snow Day. Rather than stay inside as recommended by Brock, Master Frown goes to gleefully watch the residents slip on the ice and hurt themselves. Upon hearing that a blizzard was due to hit the Unikingdom, Master Frown giddily goes there, anticipating the misery of the civilians. However, when he discovers that Unikitty and her friends were enjoying the Snow Day, Master Frown vows to ruin it. Unfortunately for him, Master Frown gets trapped in a snowman, making Puppycorn and the others assume that the snowman that he made was alive. They proceed to engage in snowball fights with the snowman among other winter activities. Eventually, Unikitty makes Puppycorn realize that since his snowman would melt, they put the snowman on an ice floe, which would take it to the North Pole. Master Frown's screams of anguish are mistaken for promises that he would return every year. The episode ends with Hawkodile and Richard revealing that they knew that Master Frown was in the snowman the entire time. 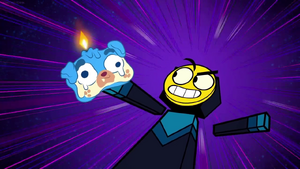 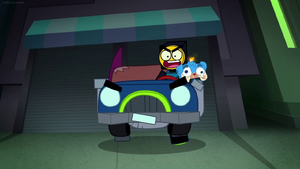 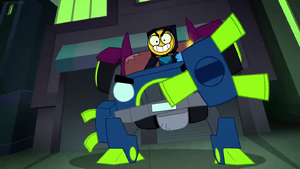 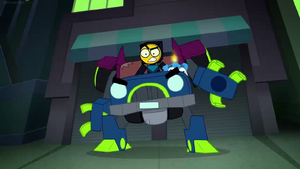 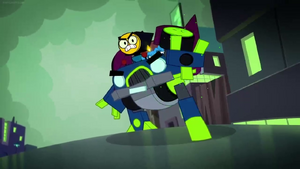 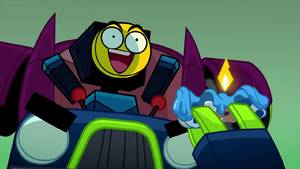 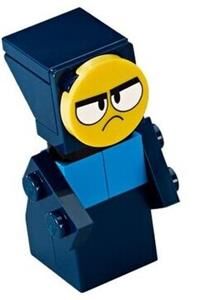 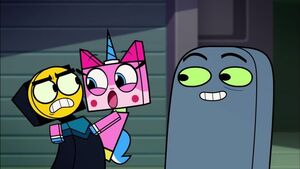 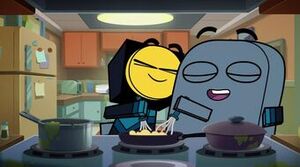