Headmaster of the Henchman Academy

Having an evil laughter.
Monologuing.
Being a good father.

To bring about the ultimate destruction of his nemesis Maxum Man and destroy Maxum Man's sidekick Eric Needles.

Being a good father to his son Trever Troublemeyer, and for Trever to be a good boy.

He is bent on the destruction of his nemesis and ultimate good guy, Maxum Man. But Maxum Man is never around anymore so he will just settle for crushing Maxum Man’s puny sidekick, Eric Needles, instead.

He dislikes Maxum Man, as well as anything related to him, including anything that was ever once touched or even once looked at by Maxum Man, he also dislikes Maxum Man's sidekick Erik Needles. In one episode, XOX kissed Eric on the lips and in another he kissed his nose. Eric moaned at this reaction (or groaned) but in the same episode, "XOX and Eric's Adventure Through Wonderland" they had bonded with each other and XOX let Eric sit on his lap. Ew, weirdo... 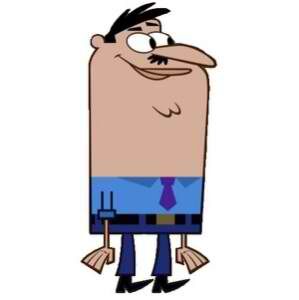 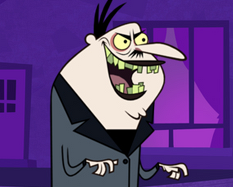 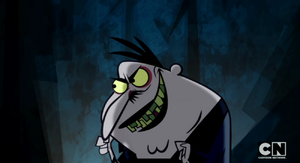 Add a photo to this gallery
Retrieved from "https://villains.fandom.com/wiki/Master_Xox?oldid=3434585"
Community content is available under CC-BY-SA unless otherwise noted.