Match (Back to the Future)

Match is a supporting antagonist in the Back to the Future trilogy.

He was a member of Biff Tannen's gang. Like Skinhead and 3-D, Match earned his nickname from a characteristic trait, which was that he chewed a matchstick (possibly to make him look cool or tough).

He was portrayed by Billy Zane, who also portrayed Hughie Warriner in Dead Calm, The Collector in Tales From the Crypt Presents: Demon Knight, Ansem in Kingdom Hearts, and Cal Hockley in Titanic.

Match entered Lou's Café (along with 3-D, Skinhead and Biff), where Biff confronted George McFly, and asked if he did his homework. They also encountered Marty McFly (who had accidentally travelled back in time on Doc Emmett Brown's Delorean Time Machine while escaping from The Libyan Terrorist). Biff warned George not to return to the café. Along with Biff, and the rest of his gang, Match left the café, and they drove off in Biff's '46 Ford convertible.

When Marty knocked out Biff at the café, he also knocked out Match, Skinhead and 3-D, before running out.

Match was in Biff's car when he and his buddies chased Marty. Like them, he was also covered in manure after the car crashed into a manure truck.

Enchantment Under the Sea Dance

Match was present at this ball and locked Marty up with 3-D and Skinhead in the Starlighters car who are having a smoke break in the car. After Skinhead and 3-D offended the band, the musicians chased the three bullies away and freed Marty and one of the band members accidentally injures his hand in the process.

Match was most likely working with Biff and George McFly at the same company.

Along with Skinhead and 3-D, Match works as a bodyguard at Biff Tannen's Pleasure Paradise. In this alternate timeline, Match also wore a white cowboy hat.

When Biff attempts to kill Marty, after discovering that he knows about the sports almanac, Match, along with 3-D and Skinhead chased him. Marty loses them in a fire escape.

When Marty returned to 1955 to save the timeline, Match was seen (along with Biff, Skinhead and 3-D) at the Enchantment Under the Sea Dance. Biff ordered them to look for "Calvin Klein" (the name Marty used on his first trip to 1955).

After Marty retrieves the almanac, he runs into the three (who assume that he is his past self). Although Marty loses them, the bullies chase Marty into the gymnasium, where they spot Marty's "other" self on stage at the dance. They believe it's the same person (though Match wonders how he managed to change his clothes so fast), and they get ready to jump him when he gets off stage. To save his other self (and to prevent a time paradox), Marty climbs up into the rafters and drops a set of sandbags on them, knocking them out. It can be presumed that Match, alongside Skinhead and 3-D, regained consciousness shortly afterwards only to find out that Marty had already left. 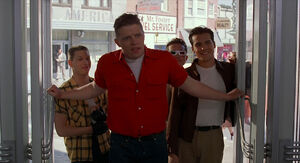 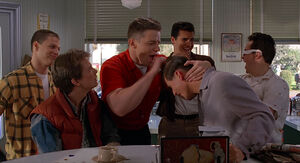 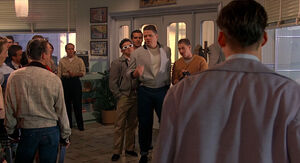 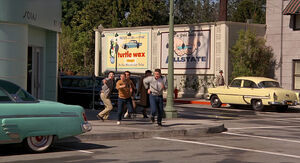 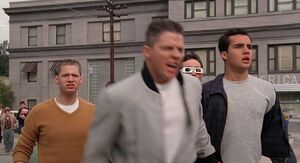 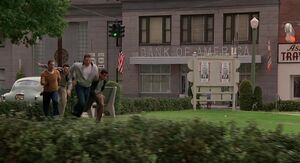 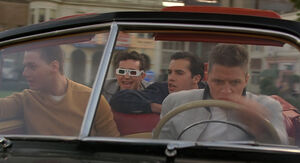 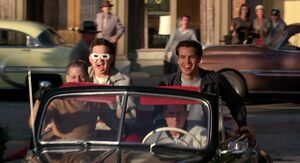 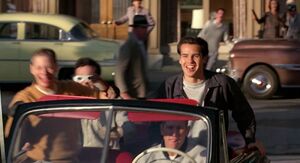 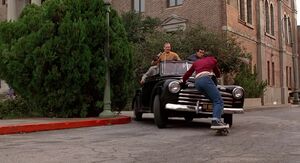 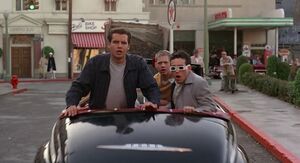 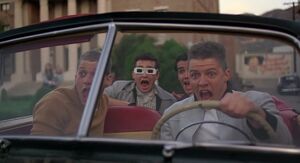 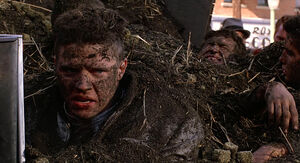 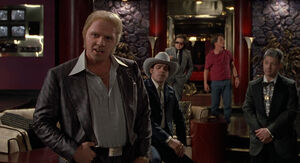 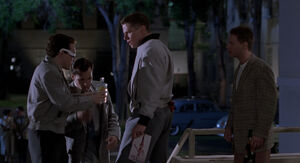