Patrick "Matches" Malone is the murderer of the parents of Bruce Wayne, Thomas and Martha Wayne, and a minor yet important antagonist in the Batman prequel TV Series Gotham.

He was portrayed by Danny Schoch in disguise and by Michael Bowen undisguised, who also portrayed Jack Welker in Breaking Bad and Buck in Kill Bill.

When Bruce Wayne is leaving the movies with his parents Thomas and Martha, they cut through an alleyway. Malone approaches them and points the gun. Although they comply with his demands, he shoots both Thomas and Martha dead. He hesitates shooting Bruce, but instead puts away his gun and flees off into the night.

The killer is yet to be caught, and most importantly why Thomas and Martha were killed has yet to be revealed. A man named Mario Pepper was set up for the murder by the mob in order to give hope to the city of Gotham. James Gordon wasn't convinced it was an actual mugging or out of desperation as Bruce described the man having shiny shoes.

After a long search Alfred eventually finds out the identity of the Killer, the hitman Matches Malone. Together, he and Bruce set out to find and kill him, although Alfred eventually ends up hospitalized. With a gun provided by Selina, Bruce enters Matches' apartment alone, acting as if he wanted to hire the hitman. Eventually, Bruce reveals himself as the son of Thomas and Martha Wayne. Although Matches does not remember him at first, the memories return. He then goads Bruce into shooting him, claiming that he is tired of going unpunished. Although Bruce is close, he eventually leaves the gun on the table. Matches, who desperately wants to be killed by Bruce, states that he is a monster and needs to be punished. Bruce replies that while he wished for Matches to be a monster, Matches in truth is only a man. He then leaves the room. In the hall he meets an arriving Detective Gordon, telling him that Matches is alive and in his flat. The same moment they hear a gunshot. Jim rushes into the room to find a dead Matches, the hitman having committed suicide with Bruce's gun.

Back at the police precinct, Gordon tells Bullock that while Matches confessed the murder of Thomas and Martha Wayne, they now need to find out who hired him. In the middle of season 2, Matches was hired by Hugo Strange to kill Bruce's parents, his father found out what Strange was running on a off the books operation called Indian Hill.

The identity and the motivation behind the killer is a recurring feature throughout the series and the suspects change as the storyline progresses. Although James Gordon suspects the mob being involved, crime boss Carmine Falcone states the reason he set up Mario Pepper was because he wanted to give the city hope that the police force could do their job. Although this could be put down to clever manipulation, it appears the mob are now eliminated as suspects after Falcone's retirement and the deaths of Sal Maroni and Fish Mooney in the Season One finale.

It became clear there was corruption at Wayne Enterprises which Thomas Wayne was looking into before his death, and Season Two indicates he knew he would die.

Season Two's antagonist Theo Galavan claimed he knew the identity of the killer and the motivation and those connected, and used this in hopes of Bruce signing over Wayne Enterprises. Although Bruce is tempted, he turns down the offer just as James Gordon and the police arrest Theo. Prior to his arrest, Theo quickly throws the file into the fire, again preventing Bruce from coming closer to the truth behind his parents' murder.

Bruce, along with Selina Kyle, hire a gangster to abduct him and Silver St. Cloud in order to extract information on Theo Galavan's knowledge. After Bruce is taken into a back room and "tortured", the gangster threatens to cut off Silver's fingers until she reveals the identity of who killed Thomas and Martha Wayne. In terror Silver blurts out the name "Malone" and that the man's first name starts with an "M". Bruce and Selina then reveal it was just a ruse to get her to talk. Silver then tries to claim that she made it up, however Selina dismisses this claim as she never said anything in the beginning or even when Bruce was apparently being tortured. In the end of season 2, Malone was hired by Hugo Strange to kill Thomas and Martha Wayne. Hugo Strange who hired Malone to kill Thomas and Martha Wayne because Thomas found what Strange was running in a secret operation called Indian Hill. 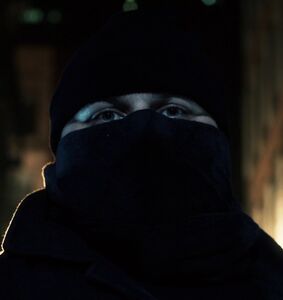 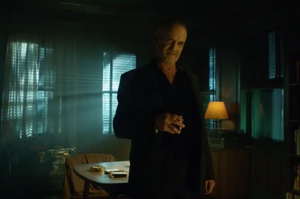 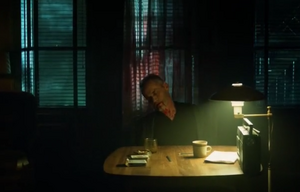