Torturing people for his own amusement.

Unleash the Alpha and Omega Virus on China as to eliminate America's threats.

Kill Oliver Queen and the Yamashiro family (both failed).

He is a corrupt and delusional United States Army general who sees China as a military and economic threat to his country and plots its downfall by the means of genocide. He is partially the cause as to why Maseo Yamashiro became a member of the League of Assassins and why Tatsu Yamashiro became Katana.

He was portrayed by Marc Singer.

Not much is known about Matthew Shrieve. The U.S. general first appears after Oliver Queen and Maseo Yamashiro, under the command of A.R.G.U.S. head Amanda Waller, successfully stop Chien Na Wei from selling a deadly toxic weapon called the Omega virus in Starling City. He has Oliver return to China to be debriefed. Afterwards, he lets Oliver go, promising him that he can go wherever he wished to go. However, he had to go to Japan with the Yamashiro family first.

While they were leaving, Oliver and the Yamashiros were attacked by Shrieve's men and they were separated while running from them. Thinking that they were Waller's men, Oliver infiltrates the A.R.G.U.S. facility only to find Amanda Waller held prisoner there by the general. It is then revealed by Waller that General really planned to wipe out China with the Omega weapon as he saw the country as a threat to America and would bring about their downfall. After Maseo's son Akio was subjected to the virus, Maseo and Oliver tracked down Matthew where they forced him to procure the cure for Akio.

Unfortunately, there was never a cure, as Matthew revealed that Maseo had in fact took insulin for Matthew's diabetes. Upon revealing his trickery, he subdued Oliver with snipers. Due to Akio's death caused by the virus, Oliver furiously tortured Matthew for hours and left him unconscious until eventually, Maseo shot him in the head, killing him instantly.

Despite his death, Matthew's actions were what indirectly led Maseo Yamashiro to join the League of Assassins, becoming known as Ra's al Ghul's lieutenant, Sarab. Matthew's brutal death made Oliver believe he was torturing him for justice, but eventually realized it was vengeance and served as a vital growth point to help him distinguish justice from vengeance.

Matthew was a manipulative liar with little regard for the people he hurt, justifying it with the belief that he was serving his country. He attempted to kill Oliver and the Yamashiros in order to tie up loose ends despite the services they had done for him. He was probably as sociopathic and immoral as Amanda Waller was, if not worse, in his pursuit of his goal to wipe out China that he believes to be a major military threat using the Alpha-Omega bio-weapon that would kill thousands of innocent people. In his final moments, he had absolutely no guilt or remorse for his actions.

Despite his horrendous actions, he did genuinely believe his actions wold benefit the United States by crippling China. These negative traits of his were what led to Matthew's painful yet deserved torture at the hands of Oliver Queen, and justified death at the hands of Maseo Yamashiro, who even had the decency to kill him to end Shrieve's pain. 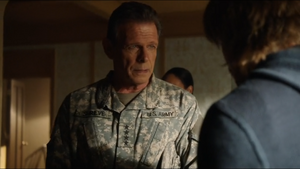 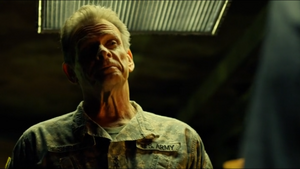 Shrieve telling Oliver that he is free to go. 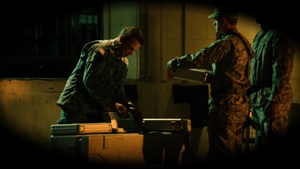 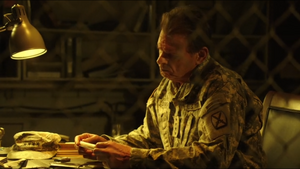 Shrieve calmly hearing Oliver and Maseo arrive and go through his men. 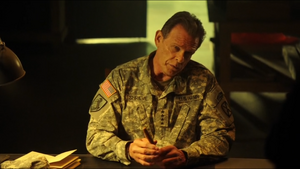 Shrieve revealing his motives for his crimes. 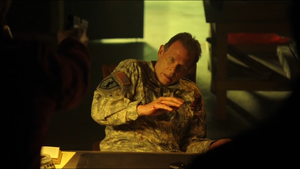 Shrieve telling Maseo where to get the cure after the latter shoots him. 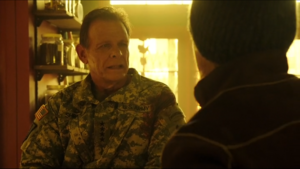 Shrieve revealing that the "cure" was actually insulin for his diabetes, therefore allowing Akio to die. 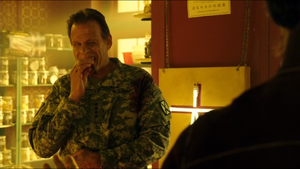 Shrieve's evil grin when he has his men aim at Oliver and the Yamashiros. 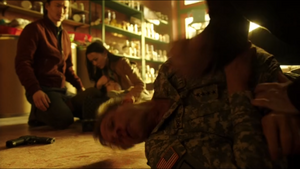 Shrieve being incapacitated by Oliver. 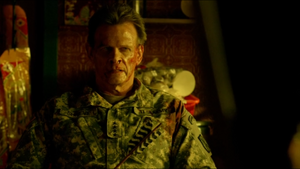 Shrieve being held prisoner by a furious Oliver. 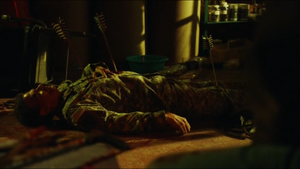 An unconscious Shrieve after Oliver tortured for what he did to Akio. 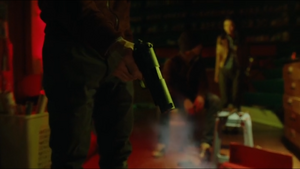