When Benji, Zax and Yubi begin to settle in the deserted town, the brothers arrive at the town with a stolen pickup truck, who also want to stay there in order not to get captured by the sheriff. As Benji and Zax begin to explore the town, they notice the brothers. B.J. notices Benji, but he flees and Farley calls him stupid. Benji warns Zax about the cowboys and they investigate. Zax looks through the window and B.J. notices him. B.J. tries to warn Farley, Benji and Zax flee before Farley could see them. Yubi comes in and introduces himself to the brothers. Farley notices Yubi's cipher and realizes that he could make a fortune out of him. B.J. explains to Yubi about Benji and Zax, but Farley insists to Yubi that he has a wild imagination. Farley secretly tells his plan to B.J. and trick Yubi into making a cowboy out of him. As Farley leaves with Yubi, Benji and Zax come up with a plan to scare B.J.. When Farley returns, B.J. tries to warn him, but he still refuses to believe him. Benji and Zax try to warn Yubi about the brothers' plan to sell him, but Yubi refuses to believe them. Farley returns and announces to B.J. that Yubi's picture is gonna be in the news media tomorrow. Darah and Khyber find Yubi's photograph and have hired Zord to help them.

Benji is convinced that the brothers are watching the hotel and Zax orders him to keep an eye on them. As Benji listens to their plan under a bench, they hear him sneezing and they capture him and lock him in a closet. Khyber calls B.J. and promises to give him $200,000 in exchange for Yubi. As B.J. tries to tell Farley, he freaks out as he notices Zax and he sprays him. B.J. once again tries to warn Farley, but Farley scolds him. Khyber calls Farley and they promise to meet each other at the backyard. Zax warns Yubi about Khyber and they notice the hunters driving in. As the hunters pull the brothers out of their car, Benji escapes and Zord shoots lasers at him. Farley gapes in shock at the sight of Zord and B.J. insults Farley in retaliation. The hunters force the brothers in the building and Darah orders Zord to search for Yubi. Benji flings the hunters' lasers across the room, allowing the brothers to apprehend them and tie them up. B.J. then reveals Zax to Farley and Benji and Zax come up with a plan to defeat Zord. Benji leaps on Zord and Zax destroys him. The brothers then place the hunters on their truck and wave goodbye to Yubi. 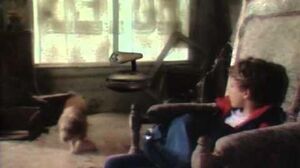 Benji, Zax & the Alien Prince (Ep 06) Ghostown
Add a photo to this gallery

Retrieved from "https://villains.fandom.com/wiki/Matthews_Brothers?oldid=3046680"
Community content is available under CC-BY-SA unless otherwise noted.