Villains Wiki
Register
Don't have an account?
Sign In
Advertisement
in: My Little Pony Villains, Monsters, Animals,
and 17 more

Eat all of the plants that grow around the Changeling Kingdom (failed).

The Maulwurf (nicknamed the Dread Maulwurf) is a large and fearsome mole-like creature that appears as the main antagonist in the season seven episode "To Change a Changeling" from the animated television show My Little Pony: Friendship is Magic. It is a monster that is known to menace the Changelings and eats every plant that grow around their kingdom. It is mentioned several times during the course of the episode, but does not appear physically until near the end of the episode.

The maulwurf mostly resembles a giant star-nosed mole with blue fur, large forearms, and multiple light-blue appendages around its snout. It has an extremely thick hide, allowing it to shrug off magic blasts from a unicorn, and withstand having a large chunk of rock thrown at its head.

Outside the kingdom, Starlight lays a trail of leaves to lure the maulwurf to the hive. Her plan is to have Pharynx save the hive from the maulwurf so that the rest of the changelings will finally accept him. Unfortunately, Trixie cannot find Pharynx anywhere; having overheard their earlier conversation that they were about to tell Thorax that he may have no choice than to banish his older brother, Pharynx has apparently left the kingdom on his own.

Somewhere in the desert, Starlight, Trixie, and Thorax find Pharynx battling the rampaging maulwurf on his own. They try to help him, but the maulwurf's thick hide makes it impervious to most of their attacks. Suddenly, the rest of the Changeling swarm appears to provide support, but they are unable to help much due to being out of combat practice.

Pharynx comes up with an idea inspired by how he used to tease Thorax when they were little, and the changeling brothers team up flying near the maulwurf to make the beast hit itself over and over — a blow to its face, one in the stomach, another two (one tougher) in the face, another in the stomach, and the final blow is a vicious bite in the paw —. When the maulwurf's stamina is worn down enough, it retreats underground. 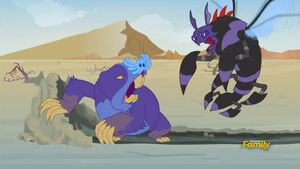 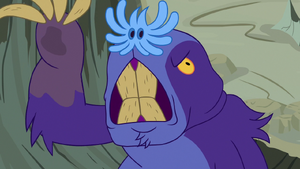 Maulwurf about to hit Pharynx. 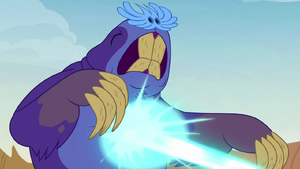 Maulwurf showing its hardness when attacked with Starlight's magic blast. 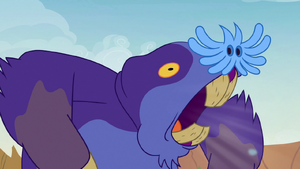 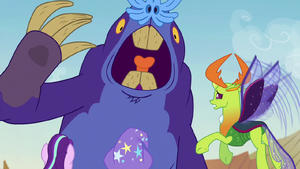 Maulwurf about to attack Starlight and friends. 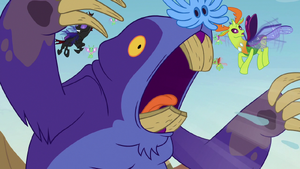 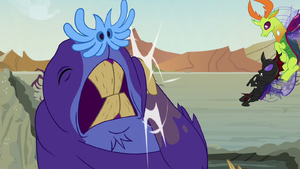 Maulwurf receiving the first of its own attacks. 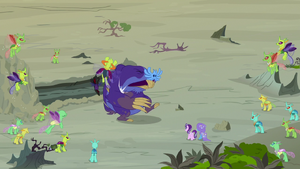 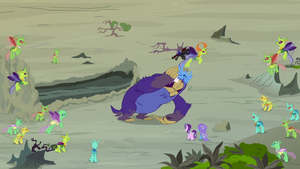 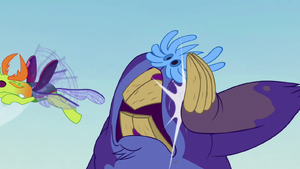 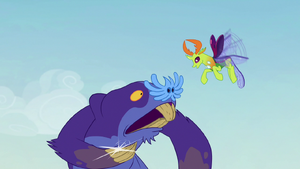 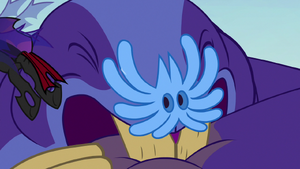 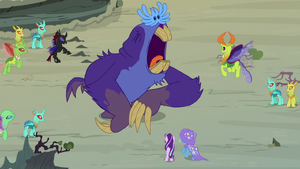 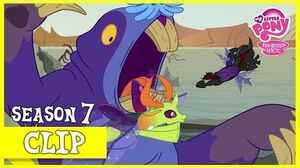 Attack of the Maulwurf (To Change a Changeling) MLP FiM HD
The battle against the Maulwurf.