Planning to expand the world's landmass.

Being with his Camerupt.
Manipulating others.

Expand the land for humans to thrive.

Awaken Groudon from its slumber.

He was voiced by Marc Thompson.

Maxie is the head of Team Magma. In Pokémon Sapphire/Alpha Sapphire Maxie helps the player against Team Aqua. He does not have an active role in the storyline and cannot be battled.

In Pokémon Ruby/Pokémon Omega Ruby, he first appears in the Oceanic Museum in Slateport City, trying to steal the Devon Goods from Captain Stern. Later, Team Magma members steal a Meteorite from Professor Cozmo in Meteor Falls, and use it to try to cause Mt. Chimney to erupt. Then, after Courtney raids the Weather Institute, Maxie steals the Blue Orb from Mt. Pyre. Later, he and the Team Magma members turn up in Slateport again as Captain Stern announces a discovery he has made about a seafloor cavern. Team Magma promptly steals the Submarine Explorer 1 that Captain Stern has built and goes for the Seafloor Cavern to awaken Groudon.

In Pokémon Emerald, Maxie tries again to dry Mt. Chimney's lava pool via the meteorite from Meteor Falls, but this time he is looking for Groudon inside the volcano. After this first, unsuccessful attempt, Maxie sends Team Magma members to make a new, secret hideout inside the volcano, where he finally awakens Groudon using the Blue Orb stolen at Mt. Pyre. However, he loses control over the legendary Pokémon. Later Team Magma raids the Mossdeep Space Center, trying to use the rocket fuel to make Mt. Chimney explode. The protagonist comes just in time to stop him, but as Tabitha is teaming up with Maxie, Steven is forced to team up with the player to stop Team Magma. When defeated a third time, Maxie sees the error of his ways, later disbanding Team Magma and attempting to stop Groudon and Kyogre's fight.

In Omega Ruby it is further explained that Zinnia was the one who gave Maxie the idea to revive Groudon; she secretly planned for Groudon to go berserk so that Rayquaza would be forced to stop it thus giving her the chance to ask Rayquaza to destroy a meteorite that threatened to destroy the Hoenn region.

Maxie appears as an obtainable sync pair in Pokémon Masters, being first introduced for the Masters of Land and Sea event as a scoutable sync pair. A five-star sync pair, he uses a Groudon who represents the Ground type.

In the event, Maxie is first seen talking to Brendan and May, commenting interest on how Lear made Pasio before going against Brendan and May's wishes by announcing his dream of capturing Groudon to expand the land of the world. However, he also expresses annoyance at Archie's schemes of plunging Pasio underwater, and decides to work with his foes on how to stop Archie under the condition he doesn't do anything shady.

Appearing on the beach with Brendan and May, Maxie and Brendan formulate a plan to use Groudon to combat Kyogre, with Brendan aiding Maxie to its location, while May would assist the player with finding Archie. Finding the cave with Brendan, Maxie notes of the only way to capture the beast is to fight it, before heading into the volcano the beast is in.

Reaching the cavern, it isn't long until Groudon emerges from the surrounding lava. Helping Brendan in fighting the beast with his Mightyena, Maxie asks Groudon to join him until Kyogre's cries alert Maxie to its threat. Heading to Archie, Maxie and Groudon team up to stop the two, with Maxie confronting his rival on his latest plot. Despite this, he decides to team up with him to stop Groudon and Kyogre.

With the help of the protagonists, Maxie is able to stop the Pokémon from fighting. As the two calm down, Maxie notes of his hypothesis of Groudon and Kyogre coming to Pasio due to Maxie and Archie's presence, while May interjects with her own theory of the two simply being overwhelmed. Regardless of outcome, Maxie asks Groudon to become his partner, to which it agrees. The final scene of the event has both Maxie and Archie on the beach together with their admins emerging as well, and while the two appreciate their short peace and decide to hold to it for a little while longer, they still decide to continue their rivalry later as they walk away.

After the events of Groudon and Kyogre, Maxie's current status remains unknown but revealed by Officer Jenny that he officially disbanded Team Magma.

Like his rival, Maxie is noticeably more evil in his manga appearance. Despite operating Team Magma from a cave and being a heavy alcoholic, he is very effective in setting his plans into motion. He also possibly knows more about the legends than Archie, making a priority to steal the two orbs that control Groudon and Kyogre, giving him an edge over Aqua towards the climax.

When Magma had stolen Captain Stern's submarine and Aqua the key to use it, the two gangs called a temporary truce and dove to the Seafloor Cavern where they split up to search for their desired Pokémon, Archie finding his first. Maxie finally found Groudon nearly a day later but was still able to control both beasts with the Red and Blue Orb. After Archie sent one of his men to steal the Red Orb, Maxie and Archie were possessed by the Orbs powers during a fight with Ruby and Sapphire and rose to Sootopolis to fight each other ending with Rayquaza descending to put a stop to Groudon and Kyogre.

Maxie and Archie, no longer possessed went insane, teamed up for real and resorted to genocide with Maxie killing Norman. After they are defeated once again, they attempt to escape with Wallace's car which is halted by an electrical barrier. Ruby's Celebi flies in to recover the orbs and the two leaders were presumed dead after that point. Maxie was later supposedly killed by Archie in a dispute.

In the "Omega Ruby & Alpha Sapphire" chapter, Maxie is revealed to still be alive. Alongside Archie, Maxie travels to the Kanto region, where they find Bill, who had obtained the shattered remains of the Red and Blue Orbs from Team Rocket in the FireRed & LeafGreen chapter. They attack Bill and steal the shards from him, which have now regenerated back into their forms as Orbs. They steal Bill's boat and use it to travel back to the Hoenn region. Upon arriving, Maxie and Archie are approached by Red and Green, two Kanto Pokédex holders that are friends with Bill. Red and Green attack Maxie and Archie to avenge their injured friend and retrieve the stolen Orbs. To combat their opponents, Maxie and Archie reveal they have learned to use Mega Evolution and use it to face the two Pokédex holders, who counter with their own Mega-Evolved Pokémon.

Later, at the Meteor Village, Maxie trains alongside Archie in order to teach Groudon Precipice Blades. They were given a training space by the village Elder, who agreed to help in their attempt to stop the meteoroid. After a day, Maxie and Archie finish their training and exit their training space. Just as they do so, Rayquaza sees Groudon and Kyogre through Hoopa's ring and attempts to attack by flying towards the ring. The experience scares Hoopa, causing it to accidentally send Rayquaza to another ring connecting the village to Route 120. Maxie and Archie chase after Rayquaza and arrive at Route 120 by forcing their way through Hoopa's ring. They decide to test the moves Groudon and Kyogre learned on Rayquaza, but are interrupted by large chunks of the meteoroid falling down on them. To destroy the chunks, Maxie, Archie, Ruby, and Sapphire combine the powers of Primal Groudon, Primal Kyogre, and Rayquaza into a single attack.

As the three super-ancient Pokémon's attack struggles to destroy the meteoroid chunk, Maxie and Archie's bodies run out of energy and begin to break down. The combined attack eventually breaks the meteoroid chunk into pieces, which fall onto Groudon and Kyogre, knocking them out. After watching from afar, Blaise and Amber go down to see if their leaders are safe, only to find them both in the process of fading away. Maxie and Archie explain to the two that after their "deaths", their spirits ended up in another world, where they at one point melded together and became one. After a hole to the real world was opened, an unknown voice called out to them, asking to protect the planet. After escaping from the world, they regained their bodies, albeit slightly different, gained Mega Evolution, and stole the orbs from Bill in order to save the planet from destruction. Just as they disappear completely, Maxie and Archie ask their subordinates to protect the planet. 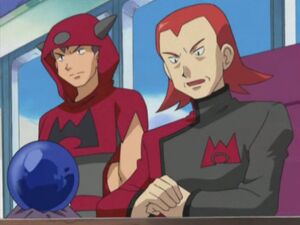 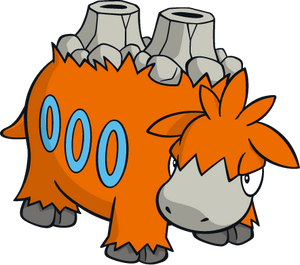 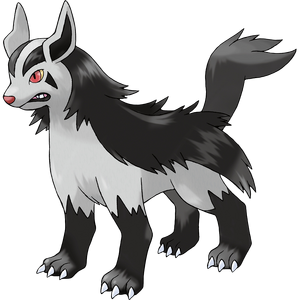 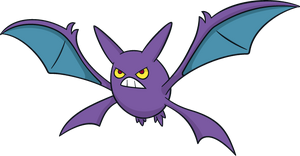 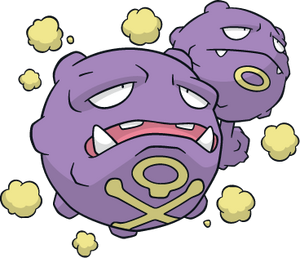 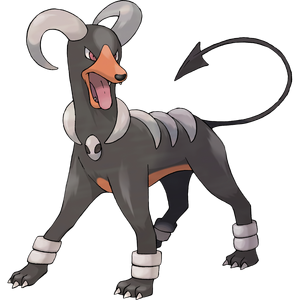 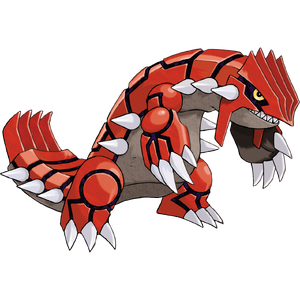