Maximillian Lionfang was once a famous general for King Alteon and considered a good and noble man. However, his drive to defeat Evil led to his inability to acccept the Truce of Good and Evil against Chaos. He has no respect for the Truce, and believes that Good and Evil can never coexist. During the Lionfang War, he captured all the heroes with intent to torture them into accepting his twisted outlook, holding them in a tower surrounded by a poisonous mist that kills any living creature that enters it. Empress Gravelyn turns the Heroes of Battleon undead so that they can get through the fog unharmed and battle his Golden Onslaught soldiers. When Lionfang finally falls, he is visited by Xing and Xang, who chaorrupt him.

In the 2010 Frostval event, Lionfang returns as a villain who is out to destroy Frostval, determined to make all of Lore suffer for "giving in to Evil." He traps the Spirit of Frostval in a snowglobe, threatening to break the globe and kill her. He then burns all the Frostval gifts and ultimately succeeds in breaking the globe, but as it turns out, the Spirit of Frostval cannot be destroyed so easily, and she wastes no time in restoring the gifts. Lionfang has since been remanded to Swordhaven Prison.

In the Thunderforge saga, he has returned after training with Drakath as the Eleventh Lord of Chaos. His lion now a Chaos Manticore, he seeks to find the only artifact which can reverse Charruption. This leads to him wasting it on Drakath in his cloud fortress who is immune to it and later defeating him when it started to rain, the water mixed with the holy tears poured on him, causing him lose his chaos powers and fall through the sky in a lethal drop that possibly killed him. 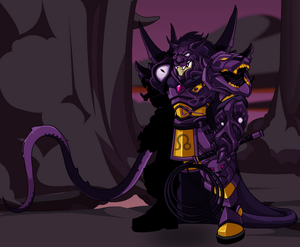 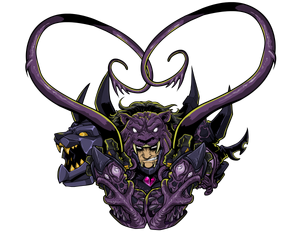 Retrieved from "https://villains.fandom.com/wiki/Maximillian_Lionfang?oldid=3496515"
Community content is available under CC-BY-SA unless otherwise noted.