NOTE: This article is about the incarnation of Maxwell Lord from the DC Extended Universe. The mainstream version can be found here: Maxwell Lord

CEO of The Black Gold Cooperative

Become the most powerful man in the entire globe by using people's wishes via the dreamstone and taking whatever he desires from them in return (both succeeded, then given up).

Reunite with his son and return home (successful).

Maxwell Lorenzano; also known as Maxwell Lord, Max Lord, or Max; is the main antagonist of the 2020 DC Extended Universe movie Wonder Woman 1984. He is the head of a tycoon called The Black Gold Cooperative known for television infomercials, who uses the Dreamstone, an artifact created by Dolos, the God of Treachery and Mischief, to give out any wish one's heart desires in exchange for power.

He was portrayed by Pedro Pascal, who also played Paolo in Dishonored 2, Dave York in The Equalizer 2, and Agent Whiskey in Kingsman: The Golden Circle, while Lambro Demetriou and Jonny Barry portrayed Lord as a child and teenager respectively.

Maxwell Lord is the power-hungry, greedy and ruthless CEO of The Black Gold Cooperative who desires financial success and fame due to his experiences as a social outcast and having grown in a family of poverty while being regularly abused by his father. In 1984 Lord is facing financial ruin, visits the Smithsonian in search of a mysterious Dreamstone which seemingly grants wishes upon contact with any user. Both Diana and Barbara unknowingly use the stone to fulfill their own desires. Diana wishes for her deceased lover, Steve Trevor, to return, causing his soul to take over another man's body.

Barbara wishes to become strong and beautiful like Diana but both of their wishes come at a cost - Barbara's comes at the price of losing her former personality while Diana's costs her her powers. Lord holds a gala at the museum where he manipulates Barbara into giving him the Dreamstone. Lord then wishes to become the embodiment of the stone itself, granting him its wish-granting powers, but at the price of draining his lifeforce with every wish he grants. Lord utilizes the power to trick people into wishing for something so he can take what he desires in return to amass wealth, fame and fortune but also leaves chaos in his path.

Lord's health rapidly deteriorates with every wish he grants, but despite this, Lord utilizes its power to gain access to the President who he tricks into making a wish in exchange for his respect, influence and power so that he can gain access to a global broadcasting network project that the US has secretly been developing so he may grant wishes to the entire world. Lord rehabilitates his health by absorbing his wishers lifeforce but as a result of his global broadcast, people's wishes begin to cause instability across the globe.

Barbara, who has joined forces with Lord and wished to become an apex predator, battles against Diana while Lord broadcasts his wish-granting abilities. Wonder Woman eventually defeats Barbara and confronts Lord, who has now become too powerful to stop. Using giant strong winds to keep her away from him, Diana eventually outsmarted Maxwell using her Lasso of Truth tied to his ankle, Wonder Woman communicates to the world via Lord and convinces them to renounce their wishes while she shows him a vision of his son wandering the streets as chaos ensues from his fulfillment of everyone's desires. Lord, seeing the chaos and destruction he's caused and unwilling to sacrifice his son whom he neglected for years, renounces his wish and returns to reunite with his son. Its unknown what happened to him after making up for his foolish actions, he was either arrested for his crimes or still trying to be a good dad to his son.

He is a very charismatic, and manipulative businessman who is able to use his influence over the public to get what he wants when he wants it. Although even being influential over Diana Prince and Barbara Ann Minerva, when a deeper look is taken, he is an egotistical and ruthless individual, using his charisma to get anything he desires whilst truly being a ruthless man looking to show himself as one to show "benefits to humanity." Overall, while he displays a facáde of charm and friendliness, he is very dangerous and not one to be messed around with. However, despite his villainy, he does seem to care about his son. In fact, his primary motive at first is to be successful specifically so that his son can be proud of him, thereby earning his love, a need that stems from the fact that his own father was physically and emotionally abusive to him. However, after becoming the Dreamstone, he became increasingly drunk with power and megalomaniacal, taking life energy from more and more people to combat the negative effects that being the Dreamstone was having on his health, as well as feeling an increasingly strong sense of entitlement to get what he wanted after enduring many hardships throughout his life; apart from his abusive father, it is also revealed that many other people looked down on him as he was growing up. However, upon seeing that his actions were directly putting his son in danger, he remembers what's truly important to him, gives up his power and reverts back to how he was before. 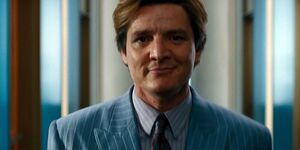 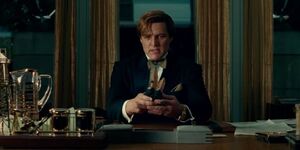 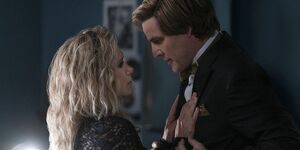 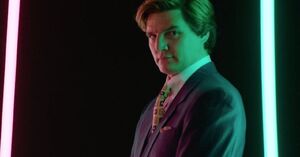 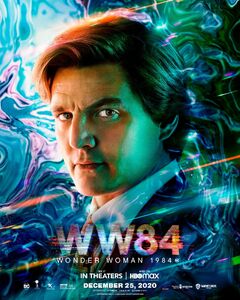 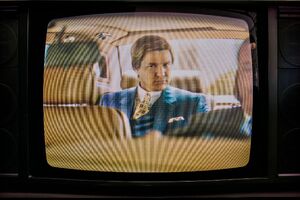 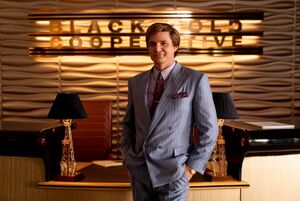 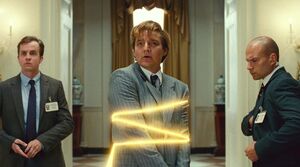