The Blood Relatives of the Grim Nüwa

Maya is a major antagonist in Kamen Rider Kiva. She is the human form of the Pearlshell Fangire and the original Queen of the Checkmate Four in 1986, possessing the Queen tattoo on her palm.

She was portrayed by Saki Kagami.

Her powers are similar to Kiva as she can turn day into night with a blood red moon in the background and teleport in black rose petals as well as being the strongest of the Checkmate Four and consort to the King, giving birth to Taiga Nobori. Due to her status, Maya is in charge of executing any Fangire who betrays their kind, accompanied by Kivat-bat the 2nd. She lived for centuries, meeting Antonio Stradivari and Antonio Vivaldi and becoming their pupil, gaining an admiration for their genius and a love for human art. After Vivaldi's death, Maya found no other human like him until she crosses paths with Otoya, questioning her mission and the concept of love. As a result, while accompanying Otoya while he lost his memory, she starts to question humanity.

Eventually, Maya is forced to reveal her true identity as a Fangire to Otoya when attacked by Dogga. However, when Otoya refuses to kill her, she asks him to let her help him into creating an ideal violin for him to show his true potential, which would be named the Bloody Rose. However, in spite of Otoya telling her that they can never meet again, Maya falls in love with Otoya instead of her initial intent to kill him. This is expressed when Otoya and the King face off and later when she assaults Dark Kiva to hold him while Yuri escapes with Otoya, resulting with Maya being stripped of her title, rank, and powers as the Queen. Soon after the death of the original King, Maya stays by Otoya's side in his final moments.

Maya eventually gave birth to Wataru, leaving him as a child in order to protect him from retribution, telling him to become strong. Maya is eventually exiled to a location only the Bishop knows of, to keep her safe from the other Fangires that would intend to kill her as only she can bestow Kivat-Bat the 2nd's power to another. By 2008, now wearing an eye patch, Maya is found by her successor Mio, explaining to her how succession works along with realizing that Mio is following a path similar to her own.

Taiga later visits his mother to learn the truth, bringing Wataru to meet her, again, despite her wishes. After being knocked out by a distraught Taiga who takes Kivat-Bat the 2nd as his own and claiming to have killed her, Maya reveals herself and expresses her pride in her sons finally working together. 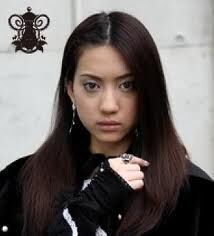 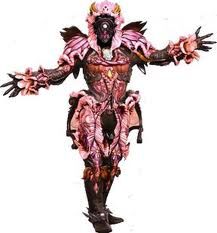 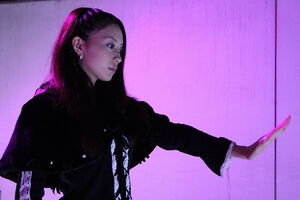 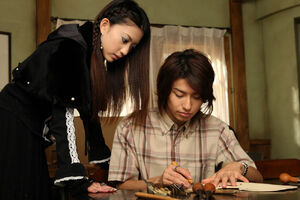 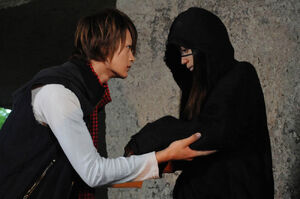 Maya in 2008 reuniting with Wataru. 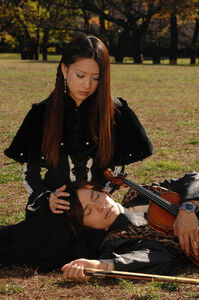 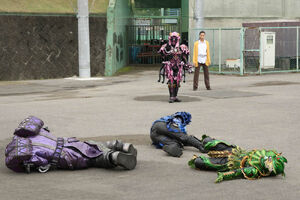 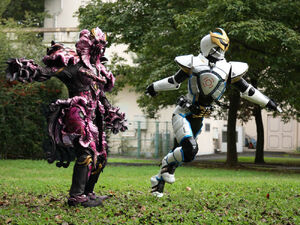 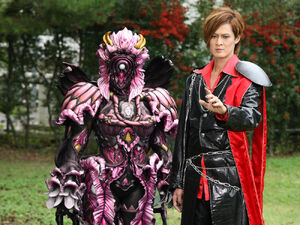 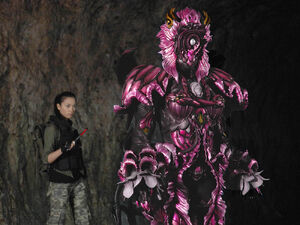